Labour reforms: Are rigid laws alone to be blamed for all the ills?

New studies have found that there is more to growing contractualisation in the formal sector and preponderance of small-sized manufacturing establishments in India than just rigid and size-based labour laws. 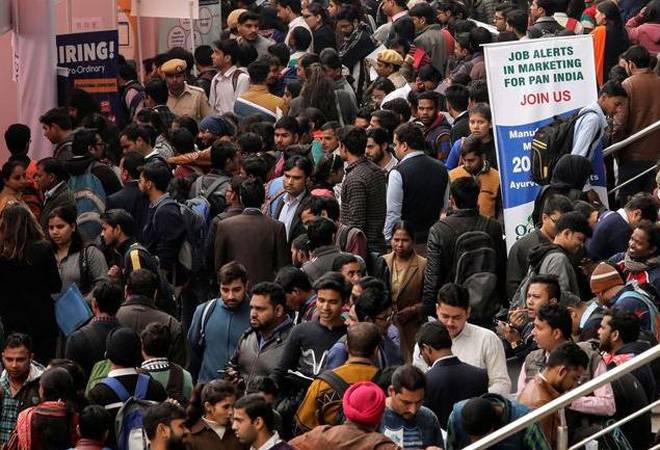 It remains to be seen how the government addresses such concerns while finalising the new labour codes.

India's rigid, complicated and size-based labour laws (different laws kick in depending on the size of the workforce in a unit) are often blamed not only for widespread use of contract labour characterised by lower-wage, little or no job security, fewer benefits and social security but also for preventing small manufacturing units to grow in size and achieve economy of scale popularly understood as the 'missing middle'. New studies show such assessments may not be entirely true.

In her 2019 study, explaining the Contractualisation of India's Workforce, Prof Radhicka Kapoor of the Indian Council for Research on International Economic Relations (ICRIER), counters the attribution of widespread use of contract labour in organised (formal) manufacturing to the rigidity of labour laws alone. She studied plant-level data from the Annual Survey of Industries (ASI) from 2000-01 to 2013-14 to arrive at her conclusions.

While asserting that labour regulations have not become more rigid in the period when contract worker intensity has surged, she presents three counter-arguments. One, even states like Gujarat, Rajasthan, Haryana and Maharashtra which amended their labour laws to make them more employer-friendly in recent years have witnessed a sharp increase in the number of contract workers. Second, contrary to what should have been expected, there is a larger usage of contract workers in capital intensive, rather than labour-intensive industries which should be hit harder because of the rigid laws.

Also Read: Labour Law reforms: Nobody knows who's a 'worker' under Indian laws! Do you?

Of the 'missing middle' in organised manufacturing

Rigid and size-based labour laws have also been blamed for the 'missing middle' - absence of mid-size industries in the organised manufacturing sector. A 2018 study of the Azim Premjit University, Of Missing Middle and Size-based Regulation by Prof R Nagaraj debunks this and says it is more likely to reflect the widespread and growing evasion of official registration and under-reporting or misrepresentation in the administrative data.

Prof Nagaraj says it is a case of measurement error. Those employing 10 or more workers using power are to be registered (which is said to be costly) under the Factories Act of 1948. Comparing economic census and ASI data, he shows that in 1981, 52% of factories employing 10 or more workers were not registered. This went up to 57% in 1991 and 66% by 2013-14. But such units constitute only about 1% in total manufacturing and he blames it on dis-functionality of many labour regulations and corruption in their implementation.

Another case of non-implementation he cites is prior government permission required for lay-off, retrenchment and closure of factories employing 100 or more workers under the Industrial Disputes Act of 1947. He shows that this regulation is more on paper as during 1997-2003 nearly 1 in 6 workers in the organised sector lost his/her job and again during 2008-09 (financial crisis) substantial job losses were recorded in the official survey.

If the labour laws were really so strict, he argues, it should get reflected in a steady rise in real wages and earnings in organised manufacturing, commensurate with labour productivity growth. But evidence since 1970s showed otherwise. While labour productivity in real terms grew annually at nearly 6%, real wages grew just 1.2%, implying almost all the productivity gains accrued to employers.

Also Read: Labour reforms: No one knows the size of India's informal workforce, not even the govt

He attributes the apparent disconnect between the formal law and the reality of the labour market to "various loopholes that are built into the laws, providing enough escape routes for employers". To illustrates this, he gives the example of the definition of a worker which varies across the laws.

He cites a field study (2018) of women garment workers in Bangalore to show how the employers adopted different strategies to avoid paying gratuity, including persuading workers to terminate their current contract and re-join the same factory within a week or so, on a new contract.

That being so, trade unions and economists have expressed serious reservations about the proposed increase in the threshold for application of the Industrial Dispute Act of 1947, Factories Act of 1948 and Contract Labour (Regulation and Abolition) Act of 1970 in the new labour codes being framed. They fear this would push more workers into unprotected territories and make them more vulnerable.

The proposed changes envisage increase in threshold in the Factories Act of 1948 from 10 and 20 (if power is used) workers to 20 and 40 workers, respectively, for applicability of this law and from 100 to 300 workers in the Industrial Disputes Act of 1947 for requirement of government permission for lay-off etc. Trade union leader Tapan Sen of the CITU says, the increase of threshold in the Factories Act alone would take more than 70% of workers in the organised sector out of its legal protections.

Yet another proposed change is an increase in the threshold for applicability of the Contract Labour (Regulation and Abolition) Act of 1970 from 20 to 50 in line with the ones adopted by Rajasthan, Haryana and Maharashtra. Prof KR Shyam Sundar of XLRI's Xavier School of Management, Jamshedpur, says this would remove a considerable number of contract workers from the purview of the law.

"This has two major implications. One, small scale contractors will be least obliged to provide decent wages and conditions of work and two, regular workers employed by the principal employer in such cases can't demand for abolition of contract labour system. As a result, contractualisation and precaritisation of terms of employment in the labour market will be intensified".

It remains to be seen how the government addresses such concerns while finalising the new labour codes.