This is the first time India has put on record that Chinese behaviour has become more and more aggressive along the LAC, clearly in violation of all understandings and agreements 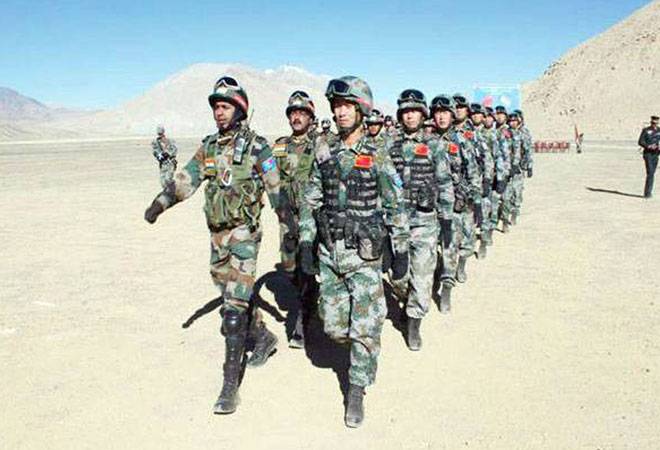 Holding China responsible for the Galwan Valley clashes, the MEA said that Beijing was expected to comply with the agreements reached on June 5

India has warned China of consequences if it doesn't execute the disengagement understanding both sides agreed upon along the LAC (Line of Actual Control) in eastern Ladakh.

The Ministry of External Affairs (MEA), in a lengthy statement, cautioned that prolongation of the current situation would adversely impact the development of bilateral relations between two countries.

The ministry pointed out that the on-ground situation along the LAC could not persist indefinitely adding that India expects "the Chinese side to sincerely follow up on this understanding and ensure expeditious restoration of peace and tranquillity in border areas." It further stated that the continuation of the current situation "would only vitiate the atmosphere for development of the relationship".

The statement added, "At the heart of the matter is that since early May, the Chinese side has been amassing a large contingent of troops and armaments along the LAC. This is not in accordance with the previous provisions of our various bilateral agreements."

Also Read: Now, India throws the gauntlet! Imports from China held up at ports since June 22

In what is seen as the sharpest criticism of Chinese conduct over the past few weeks, MEA spokesperson Anurag Srivastava said that Chinese forces completely disregarded all mutually agreed norms.

He added that "it is a reasonable expectation that patrols will not be obstructed in the discharge of their legitimate duties". The reference was made to Indian patrolling routes along the LAC, comprising areas like Galwan Valley, Depsang, and Pangong Tso.

In response to strong criticism of the MEA by the Chinese foreign ministry earlier, Srivastava answered that "Chinese actions thus far have led to increase in tension in the region and also the violent face-off of June 15 with casualties."

He highlighted that in early May, Chinese soldiers began hindering "India's normal, traditional patrolling pattern in the Galwan Valley area." Although the issue was addressed locally, Chinese forces tried to change the status quo in other parts of the western sector in mid-May, he underscored.

Holding China responsible for the Galwan Valley clashes, the MEA said that Beijing was expected to comply with the agreements reached on June 5. The ministry also "sought to erect structures just across the LAC".

"When this attempt was foiled, Chinese troops took violent actions on June 15 that directly resulted in casualties," the MEA statement underlined adding that India's "counter-deployment" was only in response to Chinese conduct.

This is the first time India has put on record that Chinese behaviour has become more and more aggressive along the LAC, clearly in violation of all understandings and agreements.

"Unfortunately, we have experienced in the last many years, obstruction to patrolling that often accompany efforts to unilaterally change the status quo," MEA enunciated.