Facing a road block in Parliament, the govt has now decided to go slow on the contentious Land Acquisition bill and may let the ordinance promulgated on the issue lapse. 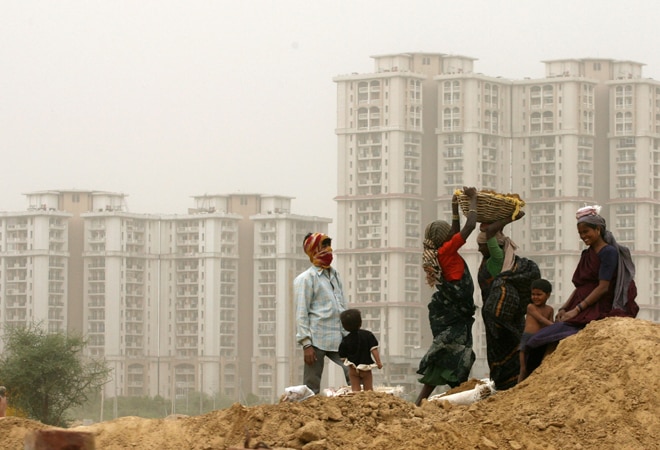 Facing a road block in Parliament and widespread protests, the government has now decided to go slow on the contentious Land Acquisition Bill and may let the ordinance promulgated on the issue lapse.

Knowledgeable sources said the government is unlikely to discontinue either of the houses in the middle of the session, a constitutional necessity if the ordinance has to be reissued.

"We are not looking for proroguing either of the houses," a senior minister told IANS.

As per Article 123 of the constitution, an ordinance may be promulgated only in the inter-session period and it lapses six weeks after a parliament session begins.

If either of the houses is not in session, an ordinance can be brought, but not in a session break. The government, unable to pass in the Rajya Sabha the bill to replace the ordinance, had initially thought of proroguing one of the houses to reissue the measure. Proroguing a house means the budget session would end for that house and it would meet for a fresh session after the break.

The Rajya Sabha, which has no role in passing money bills, was the one whose session was likely to end. However, officials from the upper house said there is no such direction or indication so far. The government now appears to be trying to find a middle way.

"Proroguing the house and reissuing the ordinance could damage the government's image further," a senior BJP leader, speaking on condition of anonymity, told IANS, adding that a final decision on the fate of the bill is yet to be taken.

"With the session on, the ordinance in all likeliness may lapse, until some other way is found," the BJP leader said.

Former Lok Sabha secretary general Subhash C Kashyap, however, said that without proroguing one of the houses, the ordinance cannot be reissued during the break.

"The break period is a part of the session, so an ordinance cannot be re-promulgated in this period. If one of the houses is not prorogued, the government will have to wait till the end of session to re-promulgate the ordinance," Kashyap told IANS, adding that there is "no precedent" for this.

Another way would be that the ordinance can be re-promulgated after the session in "retrospect", or from a back date.

"The government can wait till the session ends and bring the ordinance in retrospect," he said.

This, he said, will maintain the continuity of the law. The third option would be getting the bill passed like regular legislation, an option which the government is also considering.

The government's cautious approach was also reflected when Parliamentary Affairs Minister M Venkaiah Naidu, in a press conference on the last day of the first half of the session, said the bill is not a "prestige issue" for the government.

Minister of State for Parliamentary Affairs Mukhtar Abbas Naqvi said the government will hold consultations with different parties and find a way out.

"We are talking to different parties, all channels are open," Naqvi told IANS, adding: "The government will find a way out."

The Right to Fair Compensation and Transparency in Land Acquisition, Rehabilitation and Resettlement Act, 2015, seeks to replace an ordinance promulgated last December which had amended certain provisions of the 2013 land act passed during the previous United Progressive Alliance (UPA) rule.

The key points removed from the earlier law related to the consent clause and the social impact assessment study of land acquisition.

The consent clause provided for 70-80 per cent of those dependent on the land to agree to its acquisition. The other clause entailed carrying out a study to examine the environmental impact and ensure rehabilitation of displaced people.

The government agreed to nine amendments to the bill to get it passed in the Lok Sabha. These included removing social infrastructure as an exempted category and ensuring that the bare minimum of land required for a project is acquired.

(Anjali Ojha can be reached at anjali.o@ians.in)

Suzlon gets investors' nod to sell its German arm Senvion