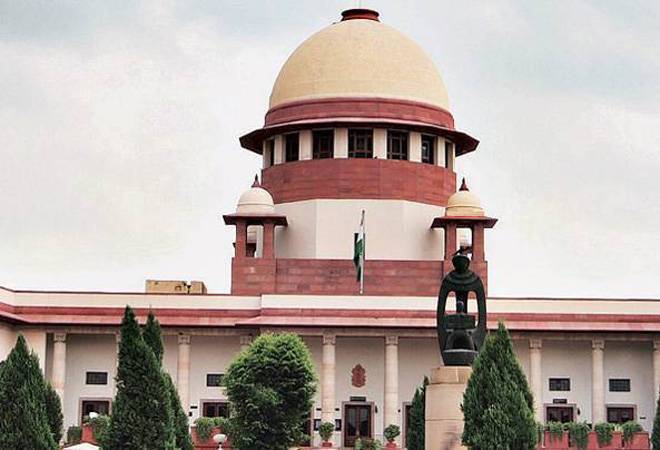 The Supreme Court on Wednesday said the central government should make its position clear on the issue of waiver of interest for the six months loan moratorium period, and that it can't hide behind the Reserve Bank of India such a crucial issue concerning public. The SC said the Centre had powers under the Disaster Management Act to decide on the issue and that it should make its position clear.

The apex court ruled the Centre should not think about business only and understand people's plight. The top court said the Centre has so far hidden behind the RBI, which has flagged industry concerns on the issue of waiver of interest.

Government counsel Solicitor General Tushar Mehta told the apex court should not make such observations as they could be "distorted". He said the RBI, as the country's financial regulator, had made the position clear that interest waiver on loan moratorium can't be 'one size fits all' solution.

Also read: Loan moratorium beyond August will do more harm than good: SBI

He said all the accounts that are stressed were being identified and that the RBI could provide them relief by lowering the interest rates. Deferring the matter to September 1, the SC said the Centre should file its response on the issue as the problem had occurred due to the lockdown imposed by the government.

However, a plea was filed in the Supreme Court, saying if the relief was granted to provide relief to people at large, those unable to pay installments on account of loss of jobs or livelihood would surely not able to pay interest dues.

On March 27, the RBI had allowed commercial banks, co-operative banks, financial institutions, and non-banking finance corporations (NBFCs) to offer moratorium on payment of instalments of all term loans outstanding as on March 1 to help alleviate hardship of borrowers.

The microfinance sector has been affected badly because of the lockdown and about 75 per cent of the borrowers from the sector -- like Kirana owners, workshop owners, roadside vendors, tailors and weavers in urban and semi-urban pockets -- sought moratorium on loan repayments as their livelihood has been blocked.

As many as 328 companies, including well-known industrial firms, have sought moratorium on loan repayment, as per the rating agency ICRA.

Give money to poor, not tax cuts to industrialists: Rahul Gandhi tells govt