The state of Bihar will vote for Kishanganj, Katihar, Purnia, Bhagalpur and Banka districts in the second phase of the Lok Sabha Elections 2019 when polling for a total of 97 parliamentary constituencies is held across 13 states. 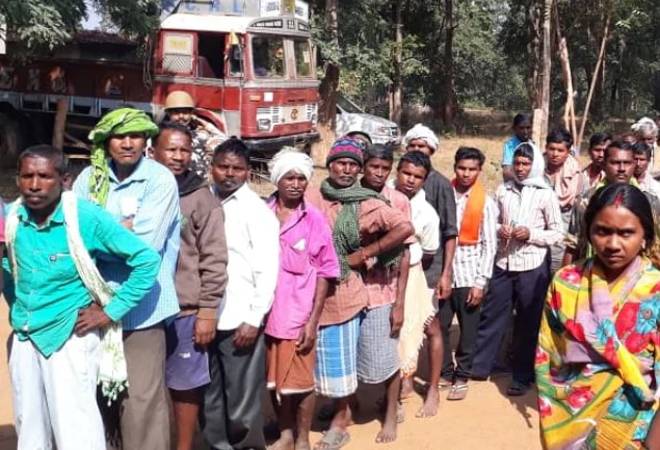 Bihar will go to vote for five constituencies in the second phase of Lok Sabha Elections 2019 today.

Bihar will go to the polls for five constituencies in the second phase of Lok Sabha Elections 2019 today. The state will vote for Kishanganj, Katihar, Purnia, Bhagalpur and Banka districts when polling for a total of 95 parliamentary constituencies is held across 11 states and 1 Union Territory (UT).

The candidates fighting from Kishanganj constituency are Mahmood Ashraf from Janata Dal (United) (JDU) and Mohammad Javed from Congress.

In Katihar, the contestants in the fray are Dular Chand Goswami (JDU) and Tariq Anwar (Congress). Incumbent Santosh Kumar Kushwah (JDU) and Uday Singh (Congress) will battle it out in Purnia. Bhagalpur will witness the contest between Ajay Kumar Mandal (JDU) and Bulo Mandal (RJD).

In Banka, Girdhari Yadav (JDU) and Jai Prakash Yadav (RJD) are in the fray. Notably, Bihar along with Uttar Pradesh and West Bengal will vote during all the 7 phases of 2019 Lok Sabha elections out of which the first phase is already over.

The state will see elections on April 18, April 23, April 29 and on May 6, May 12 and May 19. The final counting for all the constituencies across India will be done on May 23 and the final results of the Lok Sabha Elections 2019 will be revealed on the same day.

Bihar which voted for 4 Lok Sabha constituencies- Aurangabad, Gaya, Nawada, and Jamui sealed the fate of 44 candidates in Phase 1 of the Lok Sabha Elections 2019.

The state has 40 seats in the lower house of parliament of which six are reserved for Scheduled Castes (SCs). It is divided into five regions namely, West Bihar, East Bihar, North Bihar, South Bihar and Central Bihar.

As per the latest data estimates, there are a total of 7.06 crore eligible voters in Bihar who will exercise their franchise on 72,723 polling stations in the state.

The state recorded the lowest voter turnout of 50 per cent amongst the 20 states that went to polling in the first phase of the Lok Sabha Elections 2019, the Election Commission (EC) said.

In the 2014 Lok Sabha elections, the NDA had won 31 seats with Bharatiya Janata Party (BJP) winning 22 seats, followed by Lok Janshakti Party which won 6 seats and 3 seats won by Rashtriya Lok Samta Party in the state.

Also Read:Lok Sabha Election Phase 2: UP to vote on April 18; to see triangular contest for 8 seats

TS Inter Result 2019: Here's how you can check your TSBIE intermediate result