Replying to a debate on the Bill, Minister of State for Finance Anurag Singh Thakur said that the Bill is an effort to protect the hard earned money of the poor people 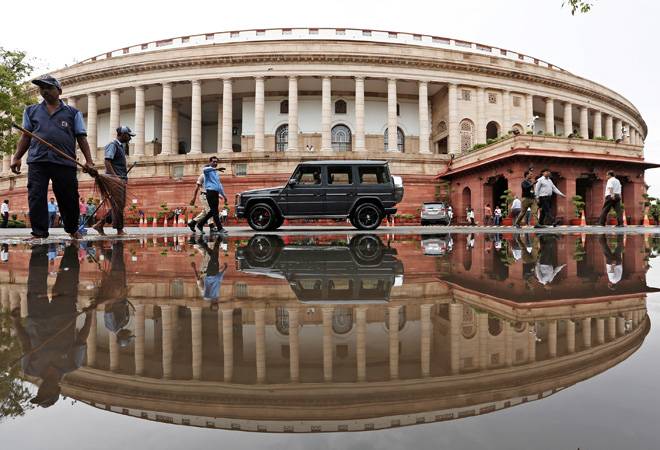 In a bid to save gullible investors from ponzi schemes, Lok Sabha on Friday unanimously passed the Banning of Unregulated Deposit Schemes Bill, 2019 that seeks to put in place a mechanism by which poor depositors get back their hard earned money.

The Banning of Unregulated Deposit Schemes Bill, 2019 replaced the Ordinance on the same.

Replying to a debate on the Bill, Minister of State for Finance Anurag Singh Thakur said that the Bill is an effort to protect the hard earned money of the poor people.

The Bill is part of the Narendra Modi government's effort to bring back money looted by some high and mighty people, he said during debate on the maiden Bill piloted by him.

In IMA scandal, it was the Modi government which brought the culprits, he said.

Thanking members for the support, he said, this reflects that when it comes to the cause of poor, the House unanimously supports.

The Bill states that the first claim on the recovered money will be of depositors and the proposed legislation also has some exclusion including money collected by real estate firms and from friends and relatives.

The bill will give power to both central and state governments to frame rules, he said, adding 978 cases have been identified so far and of this 326 are in West Bengal

On data protection, the minister said that data of only deposit takers will be shared and not of depositors.

"We will put behind bars those people who will get into scandals and I expect that states would also an play important role in that..nobody will be allowed to flee with the hard earned money of the poor," he said.

The bill seeks to help tackle the menace of illicit deposit taking activities in the country, which at present are exploiting regulatory gaps and lack of strict administrative measures to dupe poor and gullible people of their hard earned money, according to the government.

Last week, the bill was introduced amid noisy protests by Congress members over the political crisis in Karnataka.

The banning of Unregulated Deposit Scheme Bill, 2018 was considered by the Lok Sabha in February and after discussion, the same was passed.

However, before the same could be considered and passed in the Rajya Sabha, the House was adjourned sine die on the same day.

The bill seeks to provide a comprehensive mechanism to ban the unregulated deposit schemes, other than deposits taken in the ordinary course of business, and to protect the interest of depositors.

The statement of Objects and Reasons of the bill seeks to put in place a mechanism by which the depositors can be repaid without delay by attaching the assets of the defaulting establishments.

The bill seeks to ensure that no hardship is caused to genuine businesses, or to individuals borrowing money from their relatives or friends for personal reasons or to tide over a crisis.

No deposit taker shall directly or indirectly promote, operate issue any advertisement soliciting participation or enrolment in or accept deposits in pursuance of an unregulated deposit scheme, it said.

It also provides for severe punishment ranging from 1 year to 10 years and pecuniary fines ranging from Rs 2 lakh to Rs 50 crore to act as deterrent. The bill has also proposed adequate provisions for disgorgement or repayment of deposits in cases where such schemes nonetheless manage to raise deposits illegally.