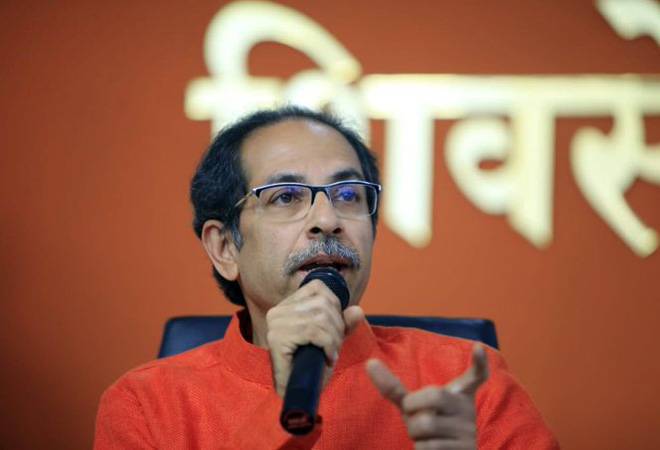 Chief Minister Uddhav Thackeray targeted the Centre and said it was "paap" (sin) that the Centre had not given Maharashtra its due GST share of Rs 22,000 crore, but is instead asking the state to seek loan. Speaking in the Legislative Council,Thackeray listed measures the state government took to combat COVID-19.

He said that the number of COVID-19 test laboratories has gone up to around 525 from just three initially. The number of beds available for COVID-19 patients in the state had risen to 3.50 lakh from 7,722 in the beginning of the pandemic, he added. "We set up a jumbo hospital in 15-20 days like China did in 15 days," Thackeray said. Without naming the Central government, Thackeray said there was a talk about launching a COVID-19 vaccine on August 15, but that date had passed and no new date had been announced.

He further took a dig at the Centre for not giving Maharashtra its due share of the Goods and Services Tax (GST). "We have not yet received Rs 22,000 crore (of GST due) from the Centre. But instead of giving us our due, the Centre is asking us to take loan, which is a sin," he said.

He asked opposition parties in Maharashtra to raise unitedly with the state government the demand before the Centre for clearing the state's GST dues. Thackeray said Prime Minister Narendra Modi showed the path of complete lockdown by announcing nationwide restrictions in March, but is now pitching for becoming "Aatmanirbhar" (self-reliant).

"How will we be Aatmanirbhar? You will strangulate one and ask him/her to breath?" Thackeray asked in the Council on the last day of the two-day monsoon session. Earlier in the day, Leader of the Opposition in the Council and BJP MLC Pravin Darekar had alleged Thackeray did not respond to some 90 letters he had written to the CM.

Responding to the allegation, Thackeray sarcastically asked Darekar to "forgive" him. "I have spoken to you whenever you called me about Remdesivir (drug used in COVID-19 treatment). I replied to you either over phone or via WhatsApp. But in case there is any misunderstanding after I did not reply to your 97 letters, then forgive me.

"I will reply to each of your letters henceforth. Because I (earlier) felt taking action on them (letters) was more important than replying to letters," he said. Deputy Chief Minister Ajit Pawar, too, hit out at the Centre for not clearing Maharashtra''s GST dues.

"Now, from September 1, the Centre said it would not give us PPE kits, ventilators and masks. Why will it not? Is the Centre not responsible towards the people of the country?" Pawar, also the state finance minister, asked. Earlier, responding to queries from the opposition regarding the COVID-19 situation, Health Minister Rajesh Tope said the government will ensure hospitals return excess amounts in instances where patients have got inflated bills.

Meanwhile, the Council cleared Rs 29,084 crore worth of supplementary demands before the session was prorogued. During the two-day monsoon session, both houses of the legislature passed 13 bills.