A voter ID card or Aadhaar card is not mandatory to cast your vote at the assembly polls. In addition to the voter slip, you can choose between 11 documents as proof of identity 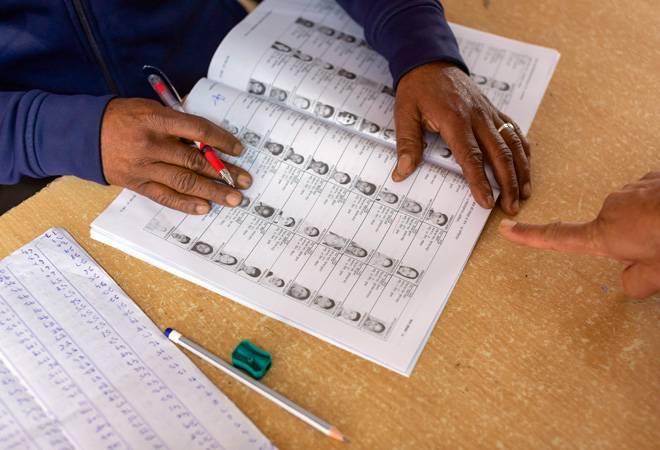 When you reach the polling booth, an official will check your voter slip and ID proof. The second polling officer will ink your finger, hand you a chit and take your signature as confirmation.

The citizens heading out to cast their vote today have to mandatorily carry their photo voter slips with them to the polling booth. The block level officer would have been handed over the voter slips to each voter in person at least five days ahead of voting day. The voter slips has the name, serial number and polling station details where the voter has to cast vote.

In addition, voters need to carry valid proof of identity. This can be either the Electors Photo Identity Card (EPIC), also known as Voter ID card, or any one of the following documents:

3. Service identity card with photograph issued to employees by the state or central government, PSUs and public limited companies

8. Health insurance smart card issued under the scheme of the Ministry of Labour

9. Pension document with a photograph

10. Smart card issued by RGI under NPR (CAN ANYONE CONFIRM IF THE FULL FORMS ARE:  Registrar General of India (RGI) and National Population Register (NPR)

When you reach the polling booth, an official will check your voter slip and ID proof. The second polling officer will ink your finger, hand you a chit and take your signature as confirmation. You then move to the third polling officer, who will collect your chit, check if your are inked and direct you to the Electronic Voting Machine (EVM). Cast your vote to your preferred candidate or NOTA, check the printed slip in the voter-verified paper audit trail machines (VVPAT) and you are done.

Also read: Assembly Election 2019: What to do if your name is missing from voters' list

EPFO update: Option to withdraw pension at 60 likely to be implemented soon