Make in India push: This development marks a big shift in the way ISRO has been working over the decades. 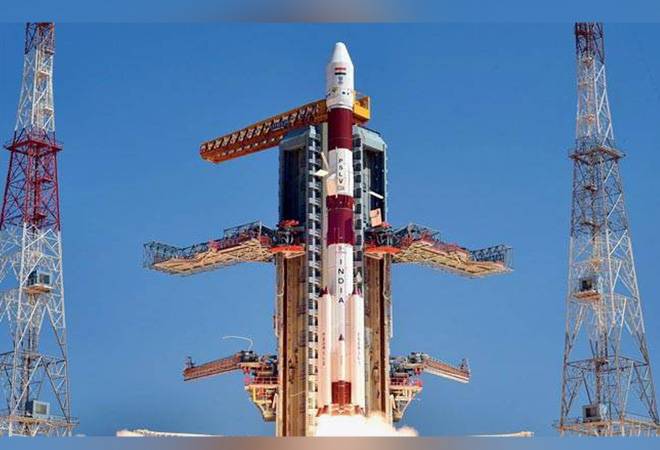 "At this moment we have called for an EoI (expression of interest), and it is not open for any foreign firm. Isro has been considering this for a while, and we think this will boost the Make-in-India initiative of the government," ISRO chairman K Sivan told the Times of India.

This development marks a big shift in the way ISRO has been working over the decades.

While Sivan confirmed the EoI invitation from the interested firms, he did not comment on the cost.

Meanwhile, the cost of one fully integrated PSLV launch vehicle is Rs 200 crore, a senior official from Vikram Sarabhai Space Centre (VSSC) told the news daily. From this cost, it can be derived that the total value of building five PSLVs comes to at least Rs 1,000 crore.

New Space India Limited (NSLI) which is ISRO's new commercial arm has been given the charge for handling the process of technology transfer to the industry, the report said. The company has authorised only a consortium which can participate in the EoI and is expecting submissions by September 6, the report added. Sivan in January had said that HAL and L&T have signed an agreement for building the PSLVs and that the production will begin soon. He added that "Godrej and other smaller companies will also be there."

More than 150 industries, big or small, contribute to the launch of a PSLV vehicle and HAL and L&T have been key contributors in that.

Drawing upon whether the Indian industry is prepared to take up such projects, Sivan said, "We think they are. There are some big companies like HAL and L&T that already work with us on PSLV. We are confident that they will, together as a consortium, be able to participate in this process and deliver results."

Also Read: ISRO to launch RISAT-2BR1 from Sriharikota on May 22

HAL has been ISRO's partner in several segments- be it making the PSLV and GSLV structures or contributing to the space agency's CE-20 cryogenic engine. The company has been expecting to lead the consortium to build PSLV since 2018. HAL as on date has been give orders for 24 sets of PSLVs and two sets of GSLV.

Meanwhile, L&T too had a long alliance with ISRO dating back to 1975 and has build PSLVs over the years.

Power generation firms outstanding dues rise by over 30% to Rs 46,400 crore in June