Mines and Minerals Bill gets Rajya Sabha nod; to be taken up in Lok Sabha

The Mines and Minerals (Development and Regulation) Amendment Bill, 2015, is for auctioning mines that supply minerals like iron ore and bauxite. 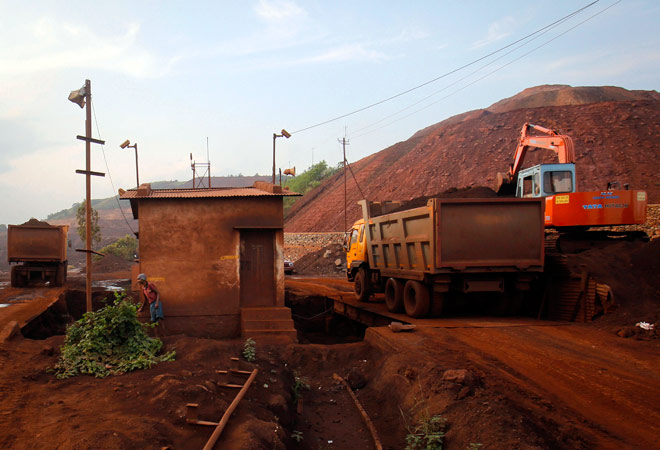 The government hopes auctions will put the mining industry back on track.(Photo: Reuters)

The Rajya Sabha passed the Mines and Minerals (Development and Regulation) Amendment Bill, 2015 on Friday, in a thumbs up for Prime Minister Narendra Modi's bid to kickstart an industry that has languished for years.

The passage of the Bill to auction mines that supply minerals like iron ore and bauxite for the first time by the Rajya Sabha was crucial for Modi because the ruling Bharatiya Janata Party (BJP) lacks a majority in the Upper House.

On Thursday, the Rajya Sabha had deferred the Bill to Friday after the Congress party and the Left demanded that the Bill be sent to the Select Committee again.

The Bill will now be taken up by the Lok Sabha, where BJP enjoys an overwhelming majority. A Bill to auction coal mines is also likely to be passed later on Friday by both Houses of the Parliament.

The domestic mining sector has been mired in controversy over the illegal allocation of resources, causing a near standstill in granting permits to open new mines for firms including South Korean steel giant POSCO.

India, which was once the world's third-largest exporter of iron ore, is importing heavily now due to court action on illegal mining. The Supreme Court has eased some of the curbs, but state bureaucrats have dithered over renewing mining licenses, fearing charges of corruption.

The government hopes auctions will reduce the risk of wrongdoing, helping to put the mining industry back on track. It is, however, unlikely to lead to a sudden surge in iron ore output at a time when there is a global glut and prices have crashed.

Why economy needs a mix of tax incentives