Andaman and Nicobar, islands off India's eastern coast that are usually the first areas to receive the monsoon rains, received rainfall six days ahead of schedule earlier this month. 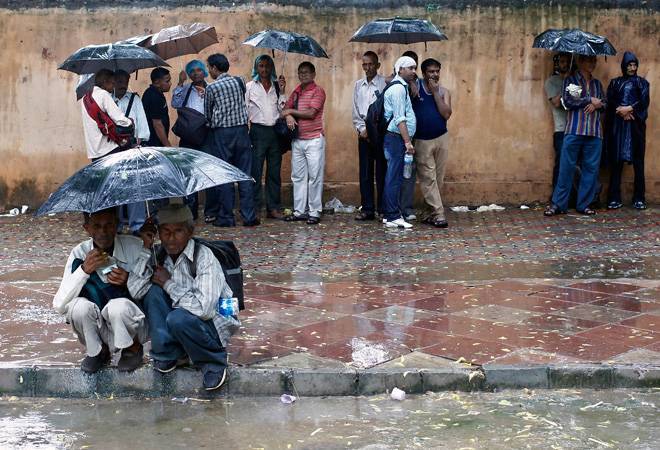 Monsoon rains arrived at southern Kerala coast on Tuesday, a weather office source said, making it the earliest since 2011 and setting India up for higher farm output and robust economic growth.

"All the required conditions have been met," the source, who did not wish to be named, told Reuters. An official announcement is expected shortly, the source said.

The India Meteorological Department (IMD) declares the arrival of monsoon rains only after parameters measuring consistency of rainfall over a defined geography, intensity, cloudiness and wind speed are satisfied.

Andaman and Nicobar, islands off India's eastern coast that are usually the first areas to receive the monsoon rains, received rainfall six days ahead of schedule earlier this month.

The IMD on April 18 forecast this year's monsoon rains at 96 percent of the 50-year average of 89 cm. The southwest monsoon delivers about 70 percent of India's annual rainfall.

The chief of the IMD said earlier this month that India looked likely to receive higher rainfall than forecast in April as concerns about the weather phenomenon El Nino eased.

Farmers plant rice, cane, corn, cotton and oilseeds during the rainy months of June and July. Harvest starts from October.