Experts say spurt in Covid-19 cases is a worry. After seeing expansion in third quarter post entering recession in previous two quarters, country is expected to grow at 1 per cent in fourth quarter ending March. But growth may slip further sequentially 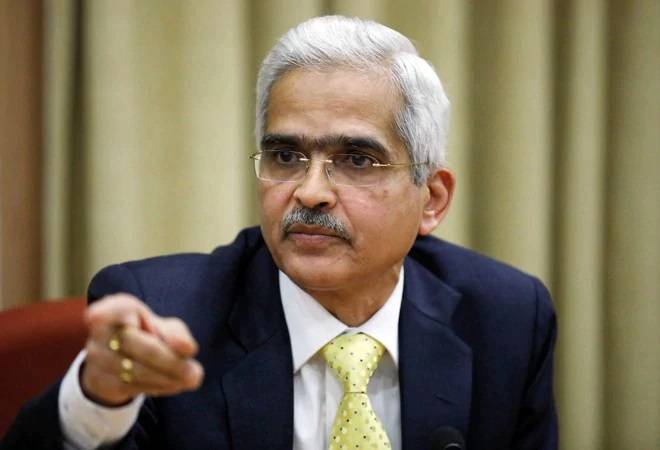 The Reserve Bank of India's (RBI) Monetary Policy Committee (MPC) is likely to take a 'dovish' stance while maintaining status quo in its policy announcement today. The six-member high powered committee will announce its first policy stance of this fiscal year. On February 5, after the last MPC meeting, the central bank had kept the key interest rate (repo) unchanged citing inflationary concerns.

Economists and financial institutions also expect MPC to maintain the status quo, given a sudden rise in Covid-19 cases and rising inflation. India became the world's second most affected country after the US on Monday as it recorded over 1 lakh new infections in just one day. The current key lending repo rate is at 4 percent, while the reverse repo rate stands at 3.35 per cent.

While all economists surveyed by Bloomberg expect the panel to maintain the status quo on repo rate, 65 out of 66 economists surveyed by Reuters said there will be no change in key lending rates. Experts say the spurt in Covid-19 is a worry for the RBI. After seeing expansion in the third quarter post the entering of recession in the previous two quarters, the country is expected to grow at 1 per cent in the fourth quarter ending March. However, as India struggles with the second wave, the growth may slip further sequentially.

As per Nomura, as state-wide restrictions will increase, the growth may soften in the first quarter. Economists at Nomura estimates the RBI, however, may not rush to reduce its FY22 target dramatically from 10.5 per cent predicted earlier. The rising inflation also brings another set of worry for the RBI. After cooling off for two months, retail inflation inched uprose to 5.03 per cent in February from 4.06 per cent in January.

Experts believe the rising inflation can't be ignored any longer as since the RBI's previous MPC meeting, prices of food, core, and fuel have increased. The RBI, experts feel, will wait for an opportune time to announce monetary action to ensure the best possible outcome in terms of pushing growth without sacrificing the main objective of containing retail inflation at 4 per cent with a margin of 2 per cent on either side.

Notably, the government had asked the Reserve Bank to maintain retail inflation at 4 per cent with a margin of 2 per cent on either side for another five years ending March 2026. But in today's MPC announcement, the RBI could factor in CPI-based retail inflation as well. On the forthcoming monetary policy, Edelweiss Research said the economic recovery is still uneven and the pace of improvement has slowed of late after a sharp rebound from lows.

"In all, we expect Mint Street to leave rates unchanged and maintain an accommodative stance. The key monitorable will be any guidance on open market purchases (OMOs) or long-term rates more generally," it said.

Dhruv Agarwala, Group CEO, Housing.com, Makaan.com and Proptiger.com said the RBI is walking a tight rope between COVID-19 cases once again rising across the country, which could potentially put brakes on the recovering economy, and the inflation rate that is trending upwards. "The apex bank is likely to keep the repo rate unchanged in the upcoming bi-monthly review of key rates," he said.