A joint report by Council on Energy, Environment and Water and National Institute of Public Finance and Policy says there's high risk of significant proportion of these loans turning into NPAs; it suggests to put in place a monitoring mechanism to track stress in loan accounts on monthly basis 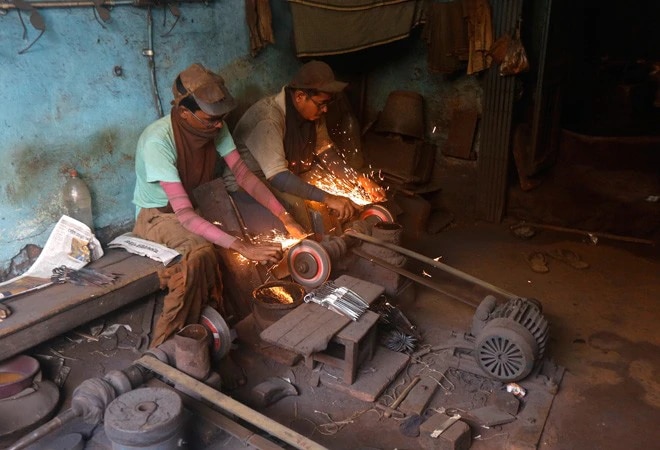 Even as banks are providing emergency credit as part of the government's plan to offer Rs 3 lakh crore worth loans to MSMEs (Ministry of Micro, Small and Medium Enterprises) to tide over the coronavirus crisis, alarm bells have started to ring over a chunk of it turning into non-performing assets (NPAs).

A joint report by Council on Energy, Environment and Water (CEEW) and National Institute of Public Finance and Policy (NIPFP) has said that there is a high risk of a significant proportion of these loans turning into NPAs and suggested to put in place a monitoring mechanism to track the stress in loan accounts on monthly basis.

"There is a high risk of a significant proportion of these loans turning into NPAs, which would reiterate the lack of creditworthiness of MSMEs. The government should mandate the lenders to introduce a mechanism to track the fund utilisation and financial health of the borrowers monthly, and intervene at the first signs of distress," the report has said.

Not surprisingly, many banks insist MSMEs provide business projections for the next 2-3 years to ensure they repay the loans as per schedule. Miffed over this, many MSMEs have complained about additional paperwork. Notably, Finance Minister Nirmala Sitharaman had last month announced the Rs 3-lakh crore collateral-free and automatic emergency credit line to the MSME sector.

The emergency credit scheme covers existing borrowers with outstanding credit limit of up to Rs 25 crore as on February 29, 2020, and having a turnover of up to Rs 100 crore. The borrowers are eligible for up to 20 per cent of their entire outstanding loans as emergency credit line. The upper limit for interest rate charged by banks and financial institutions has been capped at 9.25 per cent.

For the NBFCs, the upper limit is 14 per cent. As many as 45 lakh MSMEs are expected to benefit from the concessional loan scheme. "To encourage lenders, the government has provided full credit guarantee on this amount. While this will infuse liquidity in the short term, it is a tremendous strain on government funds and does not address the creditworthiness of MSMEs," said the report titled 'Jobs, Growth and Sustainability: A New Social Contract for India's Recovery'.

Suggesting that the proposed tracking mechanism will provide visibility into the gradual NPA build-up, the report said it will also allow the lenders and the government to take timely corrective action. "Moreover, this is an opportune moment to institute formal tracking of MSME financing as a business practice and bring them into the ambit of core banking," it said.

It has been proposed that the Ministry of MSMEs and Ministry of Finance could constitute a joint task force to evaluate this mechanism as a pilot, and eventually institutionalise it for the MSME sector. "This is a compliance measure and has no direct impact on jobs. However, improving the creditworthiness of MSMEs will benefit millions of workers employed in this sector," noted the report, which was launched by Minister for MSMEs and Road Transport & Highways Nitin Gadkari.