Amazon chief Jeff Bezos has topped the list for the second year in a row. 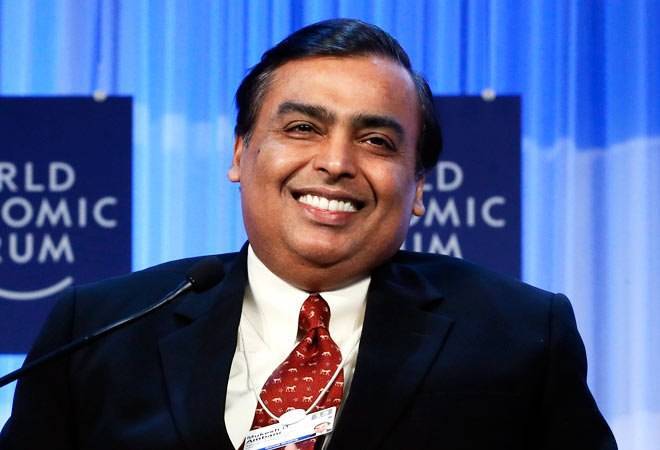 Reliance Industries chairman Mukesh Ambani has broken into the top 10 richest list globally with a networth of $54 billion, while his younger brother Anil has paled into the oblivion having lost over 65 percent of his networth, according to a report.

The Hurun Global Rich List 2019 is topped by Amazon chief Jeff Bezos for the second year in a row, while the senior Ambani is placed 10th with a network of Rs 3.83 lakh crore, thanks to a rally in RIL shares, which had topped the Rs 8-lakh-crore-mark last month. Ambani owns almost 52 percent in Reliance.

Read More: Balakot air strike: How much damage can 500 pound bombs cause?

Anil Ambani, held in contempt of court by the Supreme Court last week for not paying up Ericsson Rs 540 crore, has lost over $5 billion, from $7 billion seven years ago to $1.9 billion this year, even though both the brothers got off with more or less same amount of inherited wealth.

"Having started off similarly after the break-up of the family wealth, Mukesh added $30 billion to his wealth in the past seven years, while Anil has lost over USD 5 billion during the same period," says the Hurun report.

The other wealthiest Indians are Hinduja group chairman SP Hinduja with networth of $21 billion, Wipro chairman Azim Premji is at third with a networth of $17 billion, says the report released Tuesday. Cyrus S Poonawalla, chairman of the Poonawalla group that run Serum Institute, with a networth of USD 13 billion is not only ranked as the fourth richest Indian but also breaks into the top 100 global ranking.

Cyrus Pallonji Mistry and Shapoorji Pallonji Mistry, both with wealth of $9.5 billion each come in the ninth and the 10th position, respectively, thanks to their 18.4 percent holding in the country's largest conglomerate Tata group.

According to the list, Smita Crishna, a third- generation heir of the Godrej family, tops the female billionaire list with a networth of $6.1 billion, while Kiran Mazumdar Shaw of Biocon is the richest self-made female entrepreneur ranked 671 with a wealth of $3.5 billion.

"Since 2012, this is for that first time that India has slipped to the fifth rank in the Hurun Global Rich List.

An underperforming rupee and a lackluster stock market resulted in the country losing one-third of the list," Hurun Report India managing director and chief researcher Anas Rahman Junaid said. The report also points out that media billionaires had a bad year, led by Zee's Subhash Chandra and Sun TV's Kalanithi Maran who lost their networth substantially.

Bezos of Amazon tops the list for the second consecutive year with networth of $147 billion, which may not hold for long as he is divorcing his wife who owns half of his 16 percent in the world's largest online retailer.

With a wealth of $96 billion, Microsoft founder Bill Gates ranks second in the global list followed by Warren Buffet, chairman of Berkshire Hathaway with networth of USD 88 billion, LVMH's Bernard Arnault at $86 billion at the fourth slot.

Facebook's Mark Zuckerberg with networth of $80 billion is at the fifth position.

Mirages over Balakot: Why Pakistan cannot defend its airspace

Balakot air strike: How much damage can 500 pound bombs cause?