Nafed invites bids from importers for supply of 15,000 tonnes of red onions by Nov 20 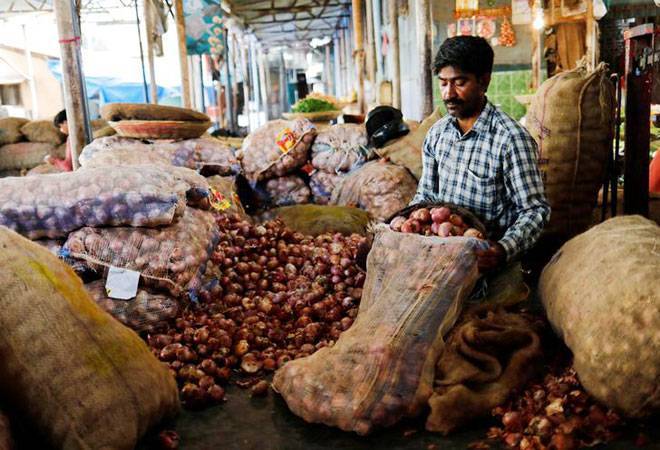 They can bid for a minimum quantity of 2,000 tonnes to be supplied in multiple lots of 500 tonnes

Cooperative Nafed on Saturday invited bids from importers for supply of 15,000 tonnes of red onions by November 20 in order to boost the domestic availability and check price rise. The cooperative has asked bidders to supply 40 to 60 mm size of red onions from any country of origin at Rs 50 per kg by November 20. They can bid for a minimum quantity of 2,000 tonnes to be supplied in multiple lots of 500 tonnes, it said.

The bidding will close on November 4 and received bids will be opened on the same day. The shipments are to be delivered at Jawaharlal Nehru Port and Kandla ports, it added. "We have floated tenders for supply of 15,000 tonnes of imported red onions. This will help increase the domestic supply situation," Nafed Additional Managing Director S K Singh told PTI.

The bids will be evaluated based on volumes, quality and early date of shipment. Bidders have to supply fresh, well dried and cured onions, he added. Since the buffer stock of onion, which Nafed manages on behalf of the government, is gradually getting depleted, the cooperative has been asked to augment domestic supplies with imported onions to continue with ongoing market intervention.

Last year, Nafed had not only imported on its own some quantities but also distributed onions imported by state-run MMTC. This year, it wants to get the supplies from importers so that shipments could arrive fast and improve the domestic supply situation. Even the size of onion Nafed has specified for supply is what Indians normally consume.

Last year, big size onions were imported but there were hardly any takers for that. So far, Nafed has offloaded around 37,000 tonnes of onion from the buffer stock of nearly 1 lakh tonnes in select mandis and retail markets so that to check retail prices which have skyrocketed to over Rs 80 per kg in some parts of the country due to damage to the kharif crop in the wake of heavy rains in the key growing states.

On October 30, Commerce and Consumer Affairs Minister Piyush Goyal had said that private traders have already imported 7,000 tonnes of onion and another 25,000 tonnes are expected to arrive before Diwali. The government hopes that the several measures taken recently including ban on export of onion and stock limits on traders will help ease pressure on prices during the festival period.

'Realised working with her would be difficult': Ex-Finance Secy says Sitharaman insisted on his transfer