Nilekani's posture assumes significance, as he is one of India's most notable technocrats, and has played a key role in creating India's digital rails - be it Aadhaar, FASTag, or GST 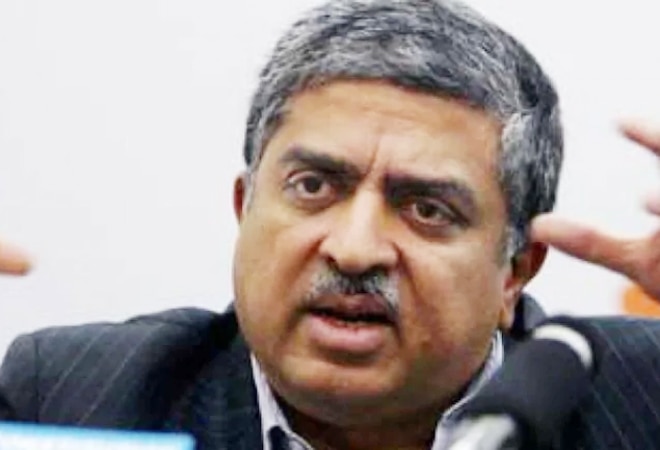 Infosys Co-founder and Chairman Nandan Nilekani endorsed cryptocurrencies as a store of value, saying that people should be allowed to have them as an asset class.

Nilekani's posture assumes significance, as he is one of India's most notable technocrats, and has played a key role in creating India's digital rails - be it Aadhaar, FASTag, or GST. His remarks came amidst growing concerns that the Centre might introduce a legislation to ban cryptocurrencies.

"We should think of crypto as an asset class and allow people to have some crypto. Crypto as a transaction medium will not work as fast as UPI, which is targeting a billion transactions a day. However, crypto has enormous capital," Nilekani noted during a conversation with angel investor Balaji Srinivasan and Karthik Reddy of Blume Ventures, at a Clubhouse session organised by the Indian VC fund.

He further stated that Indians have undoubtedly embraced blockchain. "Indian regulators are also considering a Central Bank Digital Currency or CBDC. I am not sure if we need a private stable coin or if a digital rupee will be good enough. We need to look at how it will help Indians, how MSMEs can access capital using Bitcoins. No amount of tech is going to sway anyone's view," said Nilekani, who advises several government agencies and the RBI (Reserve Bank of India), which is in favour of a ban on cryptocurrency.

Around 75 lakh people in India invest in virtual currencies and approx. 350 startups operate in crypto and blockchain.