Recalling that he as Finance Minister in the Narasimha Rao cabinet had dedicated his first budget to the memory of Rajiv Gandhi, Dr Singh said the 1991 budget changed India in many ways as it ushered in economic reforms and liberalisation 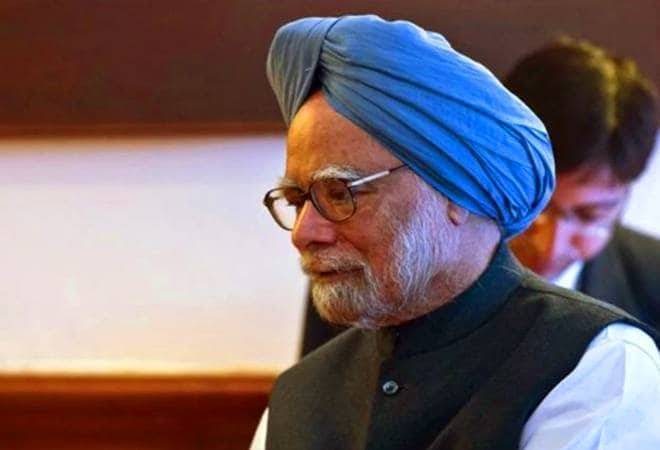 Former Prime Minister PV Narasimha Rao was a "great son of the soil" and he can truly be called the father of economic reforms in India as he had both the vision and the courage to push them forward, Manmohan Singh, who was finance minister in his cabinet, said on Friday. Dr Singh, while addressing the inaugural function of the year-long birth centenary celebrations of the late Prime Minister organised by the Congress's Telangana unit, said he is particularly happy that the programme coincides with the presentation of the first budget of Mr Rao's government by him in 1991.

The 1991 budget is hailed by many as one that laid the foundations of a modern India and the roadmap for pushing economic reforms in the country. Recalling that he as Finance Minister in the Narasimha Rao cabinet had dedicated his first budget to the memory of Rajiv Gandhi, Dr Singh said the 1991 budget changed India in many ways as it ushered in economic reforms and liberalisation.

"It was a hard choice and a bold decision and it was possible because Prime Minister Narasimha Rao gave me the freedom to roll out things, after he fully understood what was ailing India's economy at that time," Dr Singh, a former Prime Minister, said online."On this day, while inaugurating his birth centenary celebrations, I pay my humble respects to the man who had the vision and the courage to push these reforms," the Congress leader said, adding that Mr Rao, like former Prime Minister Rajiv Gandhi, had great concern for the country's poor.

Dr Singh also said that PV Narasimha Rao was a "friend, philosopher and guide" to him in many ways. Real tough decisions had to be urgently taken in 1991 as India was faced with a foreign exchange crisis, and with foreign exchange reserves down to about two weeks' imports, it brought the nation to the edge of a precipice, he said.

"But then, politically, it was a big question if one could take hard decisions to meet the challenging situation. It was a precariously placed minority government, which was dependent on outside support for stability. Yet Narasimha Rao ji was able to carry everyone along, convincing them with his conviction. Enjoying his confidence, I went about my job to carry forward his vision," Dr Singh said.

Quoting French poet and novelist Victor Hugo, Dr Singh said he had once said that "no power on earth can stop an idea whose time has come". India's emergence as a major economic power was one such idea, he said. "There was an arduous journey ahead but it was time to let the whole world know loud and clear that India was wide awake. The rest is history. Looking back, Narasimha Rao can truly be called the father of economic reforms in India," the former Prime Minister said.

Dr Singh also recalled the political journey of Mr Rao that started from the days of the freedom struggle. PV Narasimha Rao as a Union cabinet minister had held important portfolios of human resource development and external affairs, and was an important member of the Congress, who had worked very closely with late Indira Gandhi and Rajiv Gandhi, he said.

Dr Singh said Mr Rao was chosen to become the Congress president after the assassination of Rajiv Gandhi and became the automatic choice to become Prime Minister on June 21, 1991. "It was on this day that he made me his Finance Minister," he said. While economic reforms and liberalisation were indeed his biggest contribution, his contributions to the country in different fields cannot be underestimated, Dr Singh said.

On the foreign affairs front, he said Mr Rao made efforts to improve the "relationship with our neighbours including China and India signed the South Asian Preferential Trade Agreement along with the SAARC countries." "Then the 'Look East Policy' was also his brainchild to link India with East and South-East Asian countries," the Congress leader said.

Mr Rao had also asked late Dr APJ Abdul Kalam in 1996 to get ready for nuclear tests to take India to join a new league, which were later conducted by under the Prime Minister Vajpayee-led NDA Government in 1998, Dr Singh said. "That was a difficult era in politics. Endowed with a cool temperament and deep political prowess Narasimha Rao ji was always open to debates and discussion. He always tried to take the opposition into confidence," he said, adding that deputing Atal Bihari Vajpayee as the leader of the Indian delegation to the UN Human Rights Commission was one such example.

Former Prime Minister PV Narasimha Rao left behind an unmatched legacy of being a linguist, well versed in 10 Indian and four foreign languages and a scholar, Dr Singh said. He was one of the first converts to new technology by not only becoming adept with using a computer but also became proficient with programming. This was possible because he was always willing to learn new things, he said.