It is not that India lacks the talent pool but "I think there is this 'chalta hai' (lackadaisical) attitude", the PM said and told DRDO to "decide whether it has to respond to the situation" and set the agenda for the world. 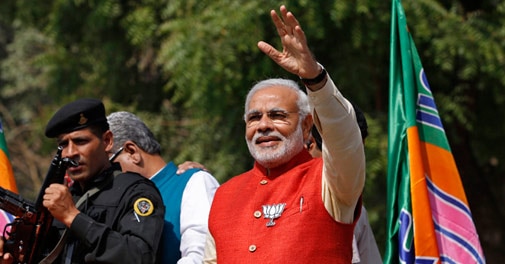 With several of DRDO's programmes being behind schedule, Prime Minister Narendra Modi on Wednesday sent out a strong message to it by flaying the 'chalta hai' attitude and asked the defence research body to complete its projects before time to put India ahead in the world.

He underlined that technology in defence sector is changing fast and India is left behind because products which are "two steps ahead" come into the market "even before we conceptualise a system."

It is not that India lacks the talent pool but "I think there is this 'chalta hai' (lackadaisical) attitude", he said and told DRDO to "decide whether it has to respond to the situation" and set the agenda for the world.

"We can be the world leader by not following but by showing the way," the Prime Minister said at a function organised in New Delhi to give away DRDO awards.

"The time demands... the world will not wait for us. We have to run ahead of time. That is why whatever we do, we should try hard to do it before time. It should not be so that a project is conceived in 1992 and in 2014 (we say) it will take some more time. The world will go ahead," Modi said.

He said the challenge before India is "how do we complete work before time. If the world is coming up with some products in 2020, can we come in the field prepared with products in 2018."

Although he made no direct mention, several of DRDO's projects such as the Light Combat Aircraft Tejas, Nag missile, Long-range Surface-to-Air missile project and the Airborne Early Warning and Control System projects have been delayed by many years and seen several cost overruns.