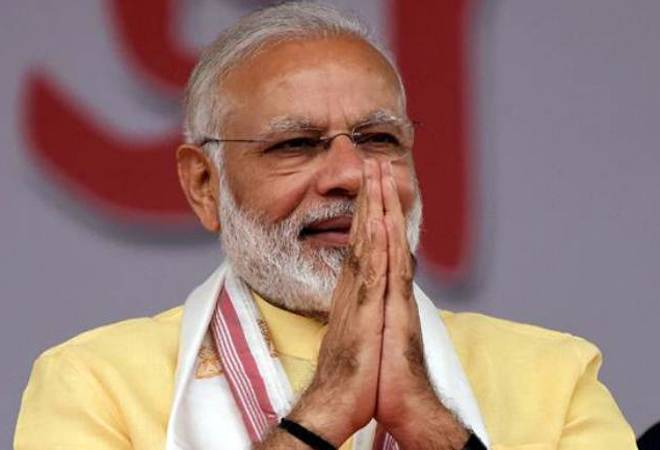 Addressing the public rally there, Modi congratulated the workers working in the unorganised sector such as laborers, domestic helps, small and marginal farmers, construction workers, weavers and assured them that the pension scheme would benefit and secure them in their old age.

Also Read: One Nation One Card: PM Modi launches card that can be used to pay for bus travel, toll, parking, shopping

PM Modi said, "2 crore people are all a part of this programme is a record in itself." The Prime Minister also said that around 14.50 lakh laborers have already joined the scheme. He also said that the number of service centres has increased from 80,000 in 2014 to 3 lakhs in 2019.

"This Yojana is a big gift to the labourers ranging from domestic helps, farm labourers to Chaiwallahs. I congratulate them all. My labourer brothers and sisters, you will get a strong support pillar through this yojana," he said.

PM Modi also said that the PM-SYM is the first scheme after Independence under which every strata of society has been included. Slamming opposition for doing vote bank politics and ignoring the interests of the poor, Modi said, "The government that ruled the country for decades called poverty a mental state and which is why no efforts were taken to eradicate it." "Poverty in India is not a mental state, but the wrong mindset and wrong policies are the results of such thinking, " he added.

Also Read: PM Modi in Gujarat: Launch of pension scheme, inauguration of Ahmedabad metro on agenda of his two-day visit

Modi on Monday inaugurated the Phase-1 of the Ahmedabad Metro service and laid the foundation for the second phase.

PM Modi will be headed to Madhy Pradesh's Dhar after his Gujarat visit ends and will address a mega rally, which was to be held on February 15 but was postponed due to the Pulwama terror attack in Jammu & Kashmir.

Also Read: PM Narendra Modi at India Today Conclave: If work has to be done, it has to be in totality and not on tokenism, says Modi