Apparently with an eye on the elections, Modi's government has put off unpopular decisions on raising the price of natural gas and ending a price cap on diesel. 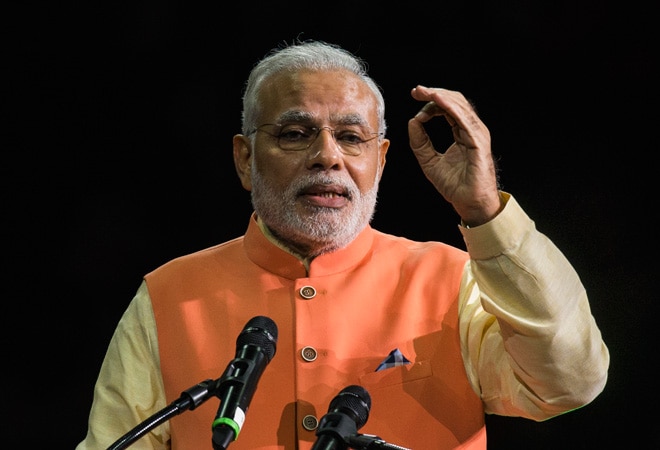 Indian voters from two states headed to the polls on Wednesday for the first major elections since Prime Minister Narendra Modi stormed to power five months ago, in a test of support that could unlock a round of delayed economic reform.

Opinion polls showed Modi's Bharatiya Janata Party (BJP) was likely to win in Haryana and Maharashtra, unseating unpopular incumbents, but fall short of a majority in each.

State elections allot seats to the Rajya Sabha, where the BJP and its allies do not have a majority. Although less powerful than the lower house, the body still plays a critical role in passing legislation and building the BJP's seat tally that will help push through reform.

"Urging the people of Haryana and Maharashtra to go out & cast their votes. Youngsters must show the way and ensure record turnout," Modi posted on Twitter as polling stations opened.

Apparently with an eye on the elections, Modi's government has put off unpopular decisions on raising the price of natural gas and ending a price cap on diesel. Both measures are expected to be implemented once the elections are out the way.

Modi's caution has disappointed some investors who feel he has moved too slowly on reform despite winning the first Parliamentary majority in more than 30 years on promises of reviving the economy and jobs.

After a weak showing for the BJP in a round of by-elections last month, Modi hit the stump hard in Maharashtra, home to financial hub Mumbai and Haryana, where Gurgaon is located.

The party has never been a major force in either state. He has addressed dozens of rallies, railing against the Congress party incumbents in the states and trumpeting achievements such as attracting investment promises from Japan and opening bank accounts for the poor.

"Ever since he came to power, prices of vegetables etc. haven't risen as much has they had earlier," said Suvidha Kamath, a housewife in central Mumbai.

"We cannot judge Modi so soon. Let's give him a couple of years to prove himself."Results of the elections are due on Sunday.

BOLD REFORMS MAY BE AHEAD

Bagging two more state governments for his party would also make it easier for Modi to move ahead with a much-anticipated national goods and services tax to replace a labyrinth of levies that analysts say restrain the economy.

"Rather than delivering on big bang reforms, Modi's approach as of now has been on repairing the economy through bridging the gaps which were existing, said Upasna Bhardwaj, an economist with ING Vysya Bank in Mumbai.

"We should definitely expect Modi's government to have a bigger appetite for bold reforms if they were to acquire a strong hold in the upcoming two state elections. Despite the relatively muted performance of Modi's government so far, investors still view him positively'' as reflected in Mumbai's financial markets.

The NSE index's has notched up a record-setting 25 percent gain so far this year, making it the best performer in Asia and more than $30 billion in foreign investments has flowed into India markets so far in 2014.

Analysts expect Modi to tackle the government's land acquisition policy to revive infrastructure investment and introduce a national goods and services tax by 2016,  measures for which he will need to earn the support of state governments.

The BJP faces a series of elections over the next three years, starting with Jharkhand and Bihar next year and culminating in Uttar Pradesh, India's most populous state, in 2017.