Speaking at the India Today Conclave 2019, Niranjan Hiranandani said that the government's move to lower the corporate tax will help restrict the downslide in the Indian economy 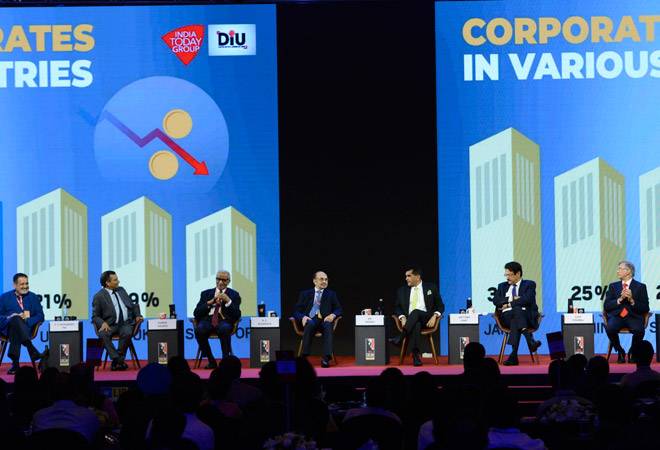 Calling the government's move to lower the corporate tax as "unbelievable", Hiranandani compared the corporate tax cut as "chemotherapy for cancer that was being treated with Crocin". The billionaire entrepreneur also said that the move will help restrict the downslide in the Indian economy.

Speaking at the event, Godrej Group chairman Adi Godrej also termed the Modi government's corporate tax rate cut as a "great announcement", stating  that it "will totally change the economic scenario in our country".

Comparing the corporate tax rate cut to the 1991 liberalisation, Godrej said, "I would say that the only announcement that was of greater importance for the economy was in 1991 (liberalisation) when we changed things," Godrej said. "This will have tremendous positive effects in my mind...the economy will pick up."

Finance Minister Nirmala Sitharaman on Friday announced a corporate tax cut for domestic firms and new domestic manufacturing companies. The tax rate has been cut to 22 per cent from the existing 30 per cent. The effective tax rate for these companies would be 25.17 per cent, inclusive of all surcharge and cess. For new manufacturing companies, the existing tax rate of 25 per cent has been brought down to 15 per cent.