The ministry has flagged concerns to the Aayog over the introduction of a 'Feebate' especially on two-wheelers as it could not only lead to a hike in prices but also other practical challenges. 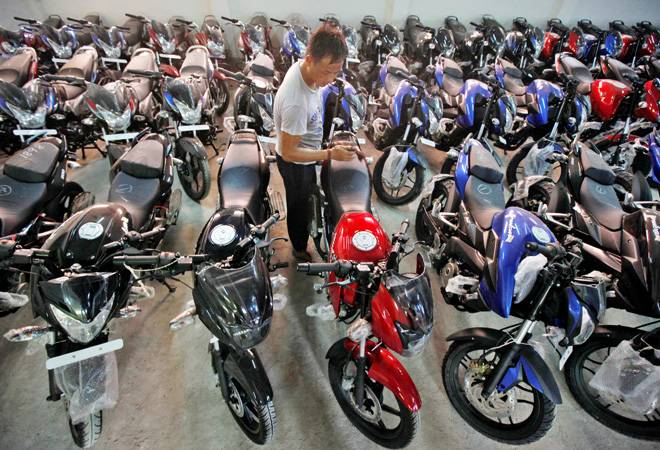 Differences have cropped up between the Heavy Industry Ministry and the NITI Aayog over a proposal by the think tank to levy a 'Feebate' on two-wheelers to subsidise electric vehicles for promoting green mobility. According to sources, the ministry has flagged concerns to the Aayog over the introduction of a 'Feebate' especially on a mass mode of transport like two-wheelers as it could not only lead to a hike in prices but also practical challenges associated with the collection of the tax once introduced.

"Feebate has been proposed by the NITI Aayog, they say they will collect funds through Feebate and use that as a subsidy for electric vehicles. We have explained to them that there is already a 16 per cent Feebate in place as EVs attract 12 per cent GST whereas the IC-engine vehicles attract 28 per cent," said a senior Heavy Industry Ministry official.

The Heavy Industry Ministry implements schemes and policies for the development of India's automobile sector.

"About 2 crore two-wheelers are sold in India every year. The NITI Aayog's calculation is that even if you charge a Feebate of Rs 500 per two-wheeler, you raise about Rs 10,000 crore. However, there is an issue of who will collect it as now all cesses have been subsumed under the GST," said the official.

An email seeking comments from the government think-tank's response on 'Feebate' remained unanswered. The idea of Feebate, a system of charges and rebates in which energy-efficient or environment-friendly practices are rewarded whereas failure to adhere to such practices is penalised, was mooted in two reports supported by the Niti Aayog in the run-up to India's first Global Mobility Summit held in September this year. The report titled 'Transforming India's Mobility' had suggested using the feebate mechanism to incentivise the use of green mobility technologies and identifying potential mechanisms and develop a regulation for incentivising green mobility technologies with a feebate mechanism.

It had cited the example of London, a city that imposes congestion charges during weekday working hours to vehicles entering the city centre. Another report titled 'Goods On The Move' had observed that applying a feebate concept to urban access would charge trucks to enter the city during congested periods while incentivising them enter during nighttime hours, with both costs and savings likely being passed through to the receivers of those goods.

"Such an approach would not only reduce the cost of goods delivery made off hours, crucial for small shops with thin margins serving customers with limited budgets but would also reduce overall congestion within the city both by reducing traffic during peak times as well as by reducing illegal parking," said the report supported by Niti Aayog.