Emerging from the chief minister's residence after the meeting, Kishor said "I stand by the views I have expressed. And I do not sense any hostility against myself in the party either" 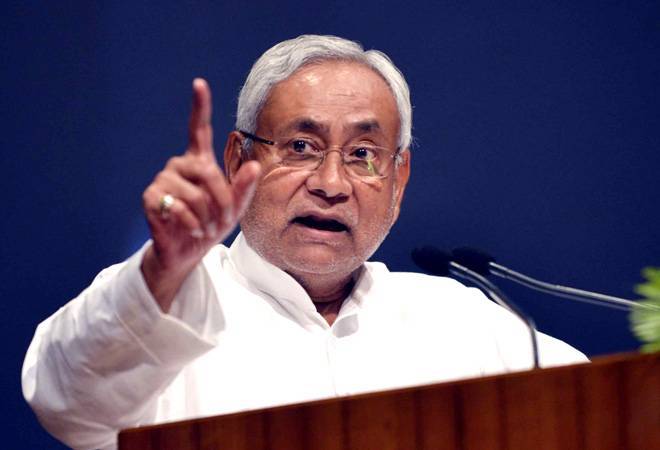 After a closed-door meeting with JD(U) chief and Bihar Chief Minister Nitish Kumar here on Saturday, party vice-president Prashant Kishor, who had publicly criticised the party's support to the new citizenship law, said he stood by the "views I have expressed". He, however, said the amended Citizenship Act was, per se, not a "major cause for worry" but it could be problematic in combination with the proposed National Register of Citizens (NRC).

The law allows for granting citizenship to non-Muslim immigrants from Bangladesh, Pakistan and Afghanistan, while the NRC exercise would compile the names of all genuine Indian citizens. On Wednesday, Kishor had tweeted the legislation "could turn into a lethal combo" (with NRC) to systematically discriminate and even prosecute people based on religion. On Saturday, he and Kumar discussed the contentious legislation in an hour-long meeting.

Emerging from the chief minister's residence after the meeting, Kishor stuck to his stand. Asked what the chief minister now thought of the NRC, which he had criticised, Kishor said Kumar has made his stand clear in the past and being the national president of JD(U), it is for him to make any fresh statement on the issue. Kishor, who joined JD(U) in Sep last year, sought to make light of the comments made on him by party general secretary and leader in Rajya Sabha RCP Singh, though without naming him. "He is a very senior leader of the party. If he says anything about me, I do not mind it. Nitish Kumar has told me to not worry about anything that any party leader says about me," Kishor quipped. "As the national president, he (Kumar) has to take a call on who has been in the wrong and who has been not. I stand by the views I have expressed. And I do not sense any hostility against myself in the party either," he added.

On Friday, replying to queries from reporters about Kishor's defiant stance despite the party having voted in favour of the citizenship bill, Singh had snapped that leaders who have joined the party on anukampa (compassionate grounds) should tell the people what has been their contribution. "How have they contributed, if at all, in strengthening the organisation."

Also read: Assam NRC final list out: What will happen to the 19 lakh excluded people?

Singh, a former IAS officer, had added that those who do not feel comfortable in the party were free to go anywhere. On Saturday, the Kishor-led political consultancy firm I-PAC joined hands with the Aam Aadmi Party, AAP convenor Arvind Kejriwal announced in a tweet. The political advocacy group was part of the successful election campaign of Narendra Modi in 2014 when he was BJP's prime ministerial candidate.

Kishor, 42, also sought to underscore the difference between the new Citizenship Amendment Act, which has triggered strong protests in the entire north-east, and the National Register for Citizens, which is expected to be the next big thing on the Modi government's agenda. "I hold the view that CAA per se is not a major cause for worry. It would simply result in grant of citizenship to some people. But with NRC it would make for a lethal, discriminatory combo," he said.

His earlier tweet against law was frowned upon by the BJP. But opposition parties like the RLSP and the HAM had beckoned him to join the Grand Alliance. The Alliance comprises Congress, for which Kishor worked in Gujarat and Uttar Pradesh, and RJD headed by Lalu Prasad with whom he is known to have a cordial relation. After joining JD(U), an NDA ally, Kishor has collaborated with political leaders like Chandrababu Naidu and Mamata Banerjee. His latest decision to provide professional assistance to AAP, which rules Delhi, where the JD(U) is expected to contest the assembly polls early next year, has triggered much speculation.

However, when asked about it, Kishor replied it is my company I-PAC that has been hired by Kejriwal. "I am associated with the company but do not own it. There is no reason why this professional collaboration should in any way interfere with my party's political goals."