No consensus yet on COVID-19 vaccine passport issue at WHO level, says govt

"As of now, as per WHO guidelines and guidelines by other countries, people with negative COVID test report are being allowed," says Health Ministry Joint Secretary 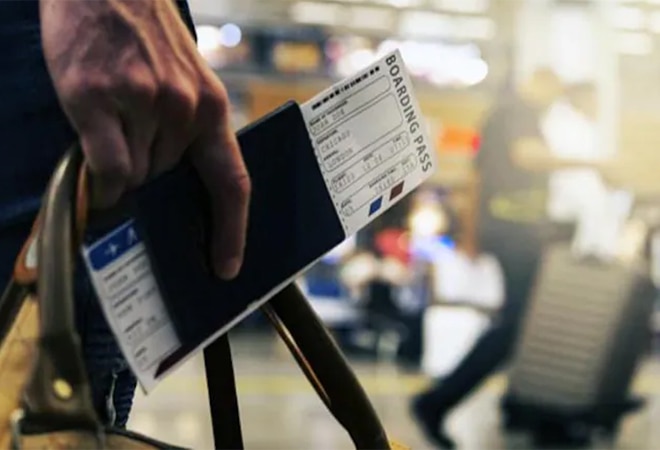 The WHO is yet to reach a consensus on the vaccine passport issue for allowing international travel to those fully vaccinated against the coronavirus infection, the government said on Saturday and noted that discussions are still on.

So far there's no consensus at the level of WHO over this, Health Ministry Joint Secretary Lav Agarwal said. "Discussion is still being done if vaccinated people will be allowed.

As of now, as per WHO guidelines and guidelines by other countries, people with negative COVID test report are being allowed," he said. "When we will be able to reach a consensus at the world and WHO level (on vaccine passport issue), then we will take necessary steps," he said responding to a question on reports claiming that people who took Covaxin jabs may not be allowed to travel internationally as the WHO hasn't included it in its list of vaccines.  The Health Ministry also dismissed similar reports on its Twitter handle as "misleading and speculative".

Also Read: What is 'Covid passport'?

"There were reports that after vaccination mothers should not breastfeed their child for a couple of days but I want to clarify that breastfeeding should not be stopped and should be continued. "In no situation, there is any reason in that context to halt or discontinue breastfeeding even for an hour," he said.

On COVID-19 prevalence among children, Paul said seropositivity rate between 10-17 years is roughly the same as between 30-40 and children can also spread the infection "Whenever children contracted the infection then almost always symptoms are minimal, very mild disease or they are asymptomatic and because it is mild the mortality is very very less in them," he said.

Also Read: After coronavirus vaccine, 'vaccine passport' is the next thing to acquire

"We have a protocol of COVID disease among children. Protecting children from infection is equally important so that they do not become part of the transmission chain," he said.

On mucormycosis or black fungus, Paul said the availability of medicines is being increased. Conditions such as diabetes, weakening of the immune system due to use of steroids, prolonged hospital stay, and co-morbidities in COVID-19 may increase mucormycosis infection.

"Steroids are life-saving. It is a wonder drug but its irrational use can lead to mucormycosis. So this outbreak does not progress and further harm is not caused, that is our responsibility," he added.

COVID-19: Delhi lockdown likely to be extended by 1 week