Vijay Mallya says no legal basis for ED action against me

A day after the Enforcement Directorate attached assets worth Rs 1,411 crore of Vijay Mallya and one of his companies, the Indian liquor baron on Sunday said there is "no rationale nor any legal basis" behind such action and alleged that government agencies are pursuing a "heavily biased investigation" against him. 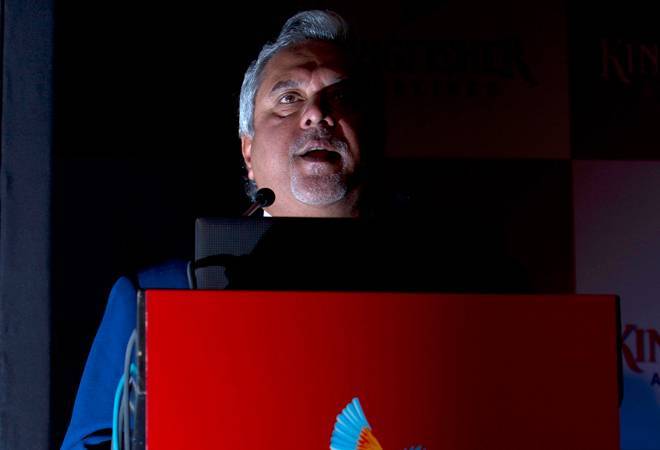 A day after the Enforcement Directorate attached assets worth Rs 1,411 crore of Vijay Mallya and one of his companies, the Indian liquor baron on Sunday said there is "no rationale nor any legal basis" behind such action and alleged that government agencies are pursuing a "heavily biased investigation" against him.

Reacting to the ED action, Mallya said "The assets purportedly attached under PMLA (Prevention of Money Laundering Act) date back to several years prior to the launch of Kingfisher Airlines. There is no rationale nor any legal basis for the series of actions initiated by the ED which is now making it more difficult to raise resources to pay the Banks."

In a statement, he said, "Purely civil matters such as loan recovery are being connected with criminal allegations without any basis whatsoever."

He said "media reports and a tweet from the ED suggest that the ED has attached various properties belonging to myself and United Breweries Holdings Ltd which is a public Company and not even the subject of any ED investigation".

Mallya said the ED's latest move seems to be "to approach the PMLA Court to declare me a proclaimed absconder for reasons that I cannot understand".

He said he left India "as per schedule on March 2 to attend meetings in Geneva at which time no ED proceedings had commenced and no summons issued" to him.

"All government agencies are also approaching various Courts to cancel previous exemptions from personal appearance granted to me so that further NBW's can be issued against me all of which seems to be part of a concerted effort to construct a case for my extradition," Mallya added.

He further stated "it surely appears as if these agencies are pursuing a heavily biased investigation and are already holding me guilty without trial after which I need to prove my innocence".

Stating that he has been reaching out to the "banks asking them to nominate a committee to sit across the table and negotiate a one time settlement with us".

"The ED obtained a NBW against me for non-appearance before them despite three summons. I never refused to appear but sought time as I was trying to sell assets to pay the employees, tax authorities and Banks. Instead, at the ED's behest my passport was revoked despite my offering to appear before the ED by video conference and make statements on oath which is permissible," Mallya said.

He also refuted ED's allegation that "proceeds from the loan made to Kingfisher Airlines by IDBI Bank were diverted or siphoned out" saying "Kingfisher Airlines have provided full details supported by copies of bank statements and swift copies showing that the funds were utilised only for legitimate business purposes".

If the ED wish to expand their scope to include all Banks, Kingfisher Airlines will be only too happy to provide full details and co-operate in the investigation, he added.

Commenting on reports of CBI constituting a Special Investigation Team (SIT) to further investigate Kingfisher Airlines and him, Mallya said, "It is, indeed, sad and disappointing that the thousands of documents submitted by us and interrogation of several executives seems insufficient to convince them there has been no wrongdoing. I have maintained and continue to maintain that there has been absolutely no misappropriation or diversion of funds and strenuously deny any allegation to the contrary."

The UB Group has itself invested over Rs 6,000 crores of own money into Kingfisher Airlines which has been lost due to a genuine business failure. At the relevant time Air India received a bail out package of Rs 30,000 crores from the Government which serves to reinforce the stressed position of the Aviation sector at that time, Mallya said.

Reacting to the latest developments, Mallya said: "I am deeply pained to keep reading in the media that Government agencies are planning further unprecedented action against me."