Data on National Register of Citizens of Assam, including information on individuals who made it to the final list as well as those who were excluded, has been missing from NRC website since December 15 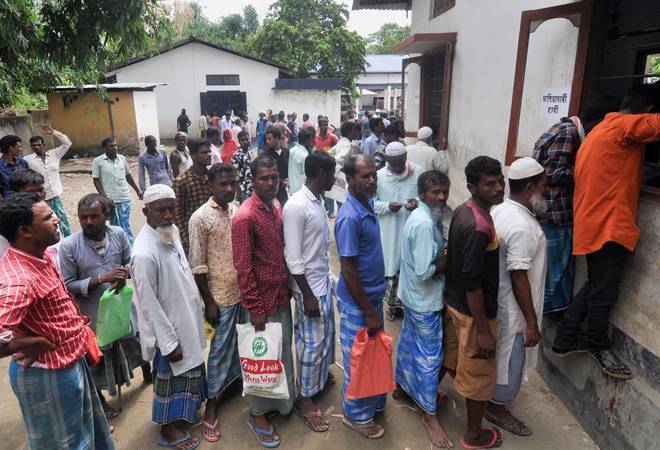 Both Centre and state governments are trying to assuage fears over missing data related to the updated National Register of Citizens (NRC) of Assam from the official website. Government has said that the data is "safe" and that it will be available online soon. The Centre and state governments have clarified that the Assam NRC data went offline because of some technical issues, which would be addressed soon.

Notably, the data on NRC of Assam, including information on individuals who made it to the final list as well as those who were excluded, has been missing from the NRC website since December 15. This created panic, mostly among people excluded from the list as the rejection certificates were yet to be issued. "The NRC data is safe. Some technical issues are invisibility on the cloud. These are being resolved soon," a home ministry clarification stated.

Refuting the allegations of any "malafide" intent, NRC State Coordinator Hitesh Dev Sarma accepted that the data went offline. According to Sarma, the data went offline after December 15 as the contract regarding its cloud services, earlier provided by IT firm Wipro, expired on October 19 last year. He said this was not renewed by the previous coordinator and went offline.

In a meeting held on January 30, the state government decided to undertake all necessary formalities and write to Wipro to make the data live again, he added. "Once Wipro makes the data live, it will be available for public. We hope people will be able to access it in the next 2-3 days," Sarma said.

The final list of people in the updated National Register of Citizen (NRC) was published on August 31. It stripped nearly 19 lakh people in the north-eastern state of Assam of their citizenship.  In the final draft of NRC, out of 3.30 crore applicants, 31.11 crore names were found to be eligible for inclusion in updated NRC and a total of 19.06 lakh persons were excluded.

The NRC is a list of people who came to Assam before 24 March 1971, a day before India's neighbouring country Bangladesh declared independence from Pakistan. The first NRC was prepared in 1951 on the basis of year's census in Assam. It is the country's only state to create such a document. NRC was created to control unabated migration from Bangladesh. The state is said to have faced longstanding foreigner problem, to remove illegal migrants and arrest further inflow.

Also read: Assam NRC final list out: What will happen to the 19 lakh excluded people?