Just to clear, the sovereign bond issuance which was basically intended to ease the pressure on the domestic availability of resources, especially into the private sector, was a very well-considered decision, Garg said 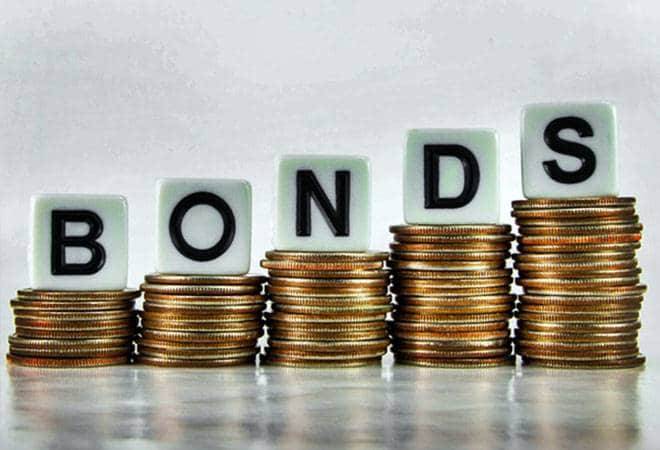 With a planned foreign currency-denominated sovereign debt issue being blamed for his exit from the Finance Ministry, senior bureaucrat Subhash Chandra Garg on Friday said none in the government had opposed the idea of India's maiden overseas bonds while he was the economic affairs secretary.

Garg's surprise shift to the Power Ministry, an event that followed his request for voluntary retirement from government service, was in some quarters being blamed on the Department of Economic Affairs not sufficiently dwelling on the potential downside of issuing foreign currency-denominated sovereign debt. Garg had focussed chiefly on the positives.

Refusing to link his seeking voluntary retirement, a year before his superannuation, to his transfer to the relatively low profile Power Ministry, he said that he had conveyed his decision to the Prime Minister's Office on July 18.

He had, however, applied for VRS on Thursday morning - hours after the government late on July 24 issued orders transferring him from DEA to Power Ministry.

"Just to clear, the sovereign bond issuance which was basically intended to ease the pressure on the domestic availability of resources, especially into the private sector, was a very well-considered decision. It has enormous benefits. The risks are much less. And during the time until I was there (in the finance ministry), I hadn't heard anyone in the government question the move," Garg told reporters after taking charge as the Power Secretary.

Finance Minister Nirmala Sitharaman had in her Budget for 2019-20 announced plans for issuance of India's maiden overseas sovereign bonds, a decision that former Reserve Bank of India (RBI) governors and deputy governors cautioned against resorting to a measure that the country had not pursued even at the peak of the crisis such as the one in 1991. Critics of the move say it would expose the country to the forex risks.

Following the negative response from several stakeholders, the Prime Minister's Office (PMO) has asked the finance ministry to reconsider the plan and instead look at issuing rupee-denominated bonds instead of foreign currency bonds.

Garg, however, continued to defend the overseas bond plan, whose issuance was estimated to be USD 10 billion, saying India's external liabilities are very small. "Of the G20 countries, 19 issue sovereign bonds. So India will not be the only one to do that."

He will serve as the Power Secretary till October 31 - the mandatory three-month notice.

"The proposal that I would take VRS, was discussed with the Prime Minister's Office (PMO) on July 18. Much before the (July 24) transfer order. There is no connection with that (VRS)," he said.

Asked about the reasons for putting in his papers ahead of his superannuation in October 31, 2020, he said, "I don't think we should discuss those reasons. Let's rest that matter as that was discussed and I conveyed my decision much before. So, this move has nothing to do with it."

On July 17, Garg refused to sign on the report finalised by the former RBI governor Bimal Jalan-led committee on the transfer of surplus reserves of the central bank to the government.

When asked about lowering his stature by transferring to the Power Ministry, he said, "We should not discuss these issues. It is the government's prerogative to decide..all positions of a secretary are equal. If seen from the challenges (point of view), the Power Ministry has a very big challenge. So I don't think there is any meaning to it."

Elaborating further, he said, "The dream of USD 5 trillion would not be achieved without power sector. The growth is dependent power sector. In that respect, we have challenges in power sector like financial health (of firms, utilities)."

On the revival of debt-laden discoms, he said, "We have made several attempts for public sector solutions in the power sector.

As the DEA Secretary, Garg was in charge of fiscal policy, RBI-related matters, and was closely involved in the preparation of the Union Budget.

The development took place just a day after Parliamentary procedure for approval of Modi 2.0 government's maiden union budget for 2019-20 was completed.

The 1983 batch IAS officer of Rajasthan cadre, Garg came to the centre in 2014 and was appointed Executive Director in the World Bank where he stayed till 2017 when he was appointed DEA Secretary in June 2017. In March 2019, he was elevated as the Finance Secretary following the retirement of A N Jha.