Sonia Gandhi lashed out at the Modi government and said that upon assuming power, Prime Minister Narendra Modi had said that MGNREGA was a "living monument" of the Congress party's failure 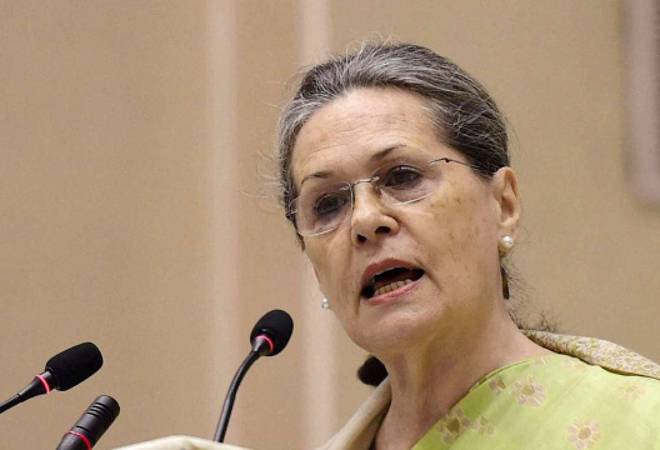 Sonia Gandhi has said the Mahatma Gandhi National Rural Employment Guarantee Act (MGNREGA) passed during the tenure of the Congress government has proved its worth during its existence despite "enduring six years of a hostile government". The Congress President said that MGNREGA is a shining example of a radical and rational systemic change. She also asked the Modi government to not play politics and use a "powerful mechanism" as MGNREGA wisely.

In a column for The Indian Express, Sonia Gandhi said that MGNREGA along with the Public Distribution System have come for the rescue of the needy, especially during coronavirus times. "Along with the Public Distribution System put in place by an earlier Congress government, it is the mainstay for our poorest and most vulnerable citizens in preventing starvation and destitution wherever implemented in letter and spirit, especially in today's COVID-19 crisis," she added.

Gandhi reiterated that MGNREGA was passed in September 2005 due to the people's movement. She added that Congress listened to the poor when it was most needed. "It became a commitment in our 2004 manifesto and those of us who pressed hardest for it are proud that the UPA government implemented it as soon as feasible," said Gandhi.

The Congress President said that millions have been saved from hunger and worse in 15 years since the inception of MGNREGA. She added that the grassroots, demand-driven, Right to Work programme that focussed on poverty alleviation is unprecedented in its scale and architecture.

Sonia Gandhi lashed out at the Modi government in the column and said that upon assuming power, Prime Minister Narendra Modi had said that MGNREGA was a "living monument" of the Congress party's failure. "In the years since, the Modi government tried its best to throttle the MGNREGA, hollowing it out and undermining it. But with the unrelenting pressure of activists, the courts and a vocal Opposition in Parliament, the government was forced to step back. In a characteristic reversal of course, it sought, instead, to give it a new appearance, by integrating it with the prime minister's pet programmes like Swachh Bharat and Pradhan Mantri Awas Yojana. These were passed off as reforms but, in reality, they were no more than a barely disguised dressing up of Congress party initiatives," she stated.

The Congress leader said that once the coronavirus pandemic befell the country, Modi government was cornered into falling back on the rural relief programme. "The Modi government may still be looking for some twisted logic to reconcile its dislike of a Congress party programme with its wholesale adoption of it. But the country recognises how the world's largest public works programme not only helped lift millions of Indians from extreme poverty but transformed Panchayati Raj, contributed to climate change mitigation and revived the rural economy," she mentioned.

Gandhi added that as "dejected workers" return to their towns and villages, the value of MGNREGA has become more clear. "One immediate step must be to issue them job cards in the programme," she said adding that panchayats must be strengthened to manage public works, and nature of work must be left to gram sabhas. "Local elected bodies understand ground realities, the influx of workers and their needs. They know best where to spend their budgets, in tune with the needs of the village and the local economy. The skills of the workers must be used to build durable assets that improve farm productivity, increase rural income and conserve the environment," she said.

Sonia Gandhi said that the government must put money directly in the hands of the people. The government should clear arrears, ensure unemployment allowance and be flexible about modes of payment, she says. They must also increase the number of workdays to 200 (from the current 100 days), said Gandhi.

"The Modi government has grudgingly come around to the significance of the programme. My plea to the government is, this is a time of national crisis, not a time to play politics. This is not BJP versus Congress issue. You have a powerful mechanism at hand, please use it to help the people of India in their time of need," she said.