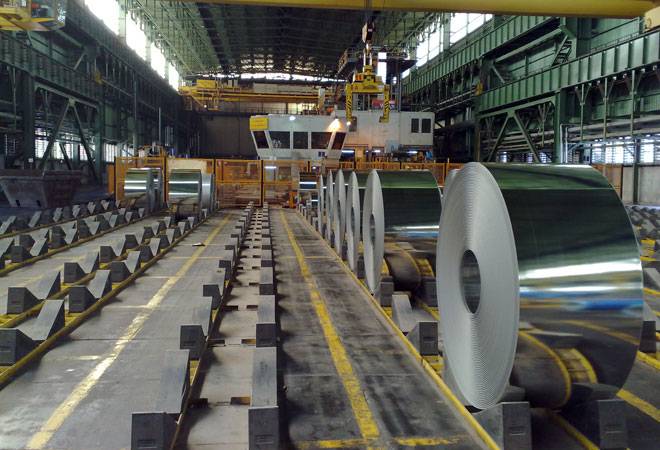 Global think-tank OECD cut its growth forecast for the Indian economy to 7 per cent from 7.4 per cent earlier due to demonetisation.

"India has been a star performer in gloomy times. We do not have many cases of 7 per cent growth... It is a top reformer among all the G-20 countries," OECD Secretary-General Angel Gurria told reporters here.

It also said demonetisation will benefit the economy in the long run.

India should bring down corporate tax rate to 25 per cent, introduce inheritance tax and provide certainty in rules,OECD said.

The OECD said comprehensive tax reforms, especially the goods and services tax, "would lift all boats" and raise revenue helping the government effectively deal with high poverty rate. Observing that poverty is still high despite growing prosperity, the survey suggested that living conditions across the states could be improved by focusing on farm output, urban infrastructure, liberalised product and labour market.

"A comprehensive reform of property, personal income and corporate taxes is needed to complement the GST reform. It should aim at raising more revenue to fund social and physical infrastructure in a way that support economic growth, promote social justice and empower sub-national governments to better respond to local needs," the survey said.

It recommended "gradual reduction in the corporate income tax from 30 per cent to 25 per cent while broadening the tax base and providing certainty regarding tax rules and their implementation".

Among other things, it suggested eliminating tax expenditures that benefit the rich most and freezing of the income thresholds for levying taxes. Noting that wealth in India is extremely concentrated, the OECD made a case for introduction of inheritance tax with a high exemption threshold and raising the scope for property tax.

The government plans an ambitious base-broadening and rate-reducing tax reform under which the tax rate for resident companies will be lowered to 25 per cent over 5 years till March 2021. It said demonetisation complements many initiatives recently taken by the government to fight corruption, blackmoney and reduce tax evasion.

"Implementing the demonetisation has had transitory and short-term costs, but should have long-term benefits. The temporary cash shortage and wealth destruction, as fake currency and part of the illegal cash will not be redeemed, have affected in particular private consumption," the OECD said.

"The shift towards a less-cash economy and formalisation should, however, improve the financing of the economy and availability of loans (as a result of the shift from cash to bank deposits) and should promote tax compliance."

The Organisation for Economic Cooperation and Development (OECD) is a global policy forum that promotes policies to improve the economic and social well-being of people around the world.

"To increase India's attractiveness, the distribution dividend tax should be replaced by a traditional withholding tax system, which may be reduced by tax treaties, and the non-resident corporate tax rate should be lowered to the resident rate," it added.

It pitched for increasing the capacity and expertise of the tax administration and improving its management to raise more tax revenues and making the system fairer. It said that though the government has taken "many commendable measures" to reduce the cash transactions, combat tax evasion and improve the ease of paying taxes, India still ranks at 172 out of 190 countries on the World Bank Ease of Doing Business Index.

"The government's efforts should thus be pursued to help boost investment and growth. In particular, the audit process should be improved to reduce the number and length of tax disputes while the number of tax employees and their training should be lifted," the OECD added. It suggested reforms in property and personal income taxes, which are paid by very few people, to raise more revenue, promote social justice and empower sub-national governments to better respond to local needs.

"Ensuring clarity and certainty in tax legislation and employing more skilled tax officers would strengthen the tax administration and make the system fairer and more effective," it said. The GST, which will replace a myriad of consumption taxes, could be a "game changer" over the medium term as it would reduce tax cascading and boost India's competitiveness, investment and job creation.

"The GST reform is designed to be initially revenue neutral. It should be complemented by a reform of income and property taxes," the think-tank added. On shocks that could alter economic performance, the OECD held that highly leveraged companies and public banks with large NPAs are exposed to major shocks emanating from domestic and foreign financial markets.

It felt that banks will need more capital to safeguard financial stability and meet Basel III requirements. "The ongoing consolidation process among public banks is welcome and should continue. However, some banks may need to be closed down or merged with other banks," it added. According to the OECD, lowering of debt to GDP ratio, which stood at 69 per cent in 2015-16, will require some fiscal tightening.

The OECD also suggested establishment of an independent fiscal council as it would improve the government's credibility and accountability in dealing with fiscal issues. "A fiscal council in India could monitor the implementation of the fiscal strategy, and in particular the consistency of the annual budgets with the medium-term path, and assess when a correction is required and at what pace," it said.

Defence to be biggest business for Reliance Infra: Anil Ambani