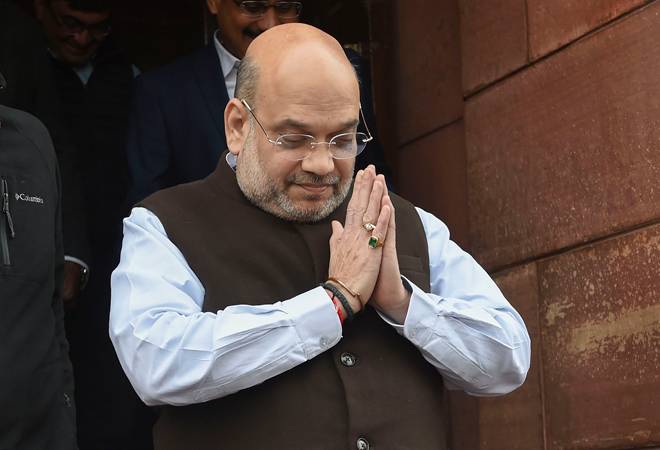 Apparently taking on Congress party, Union Home Minister Amit Shah on Wednesday accused the Opposition of spreading negativity, saying no new solution was found to deal with unemployment during its 50-60 years of rule.

Speaking at a foundation stone laying function for the Indian Institute of Skills (IIS) here, the minister also said the government's target to make India a USD 5 trillion economy was doable.

"I want to ask them all, was any new solution found during your 50-60 years rule to provide employment to the youth of this country having 130 crore population...you did not do anything new and are now seeking answers from us (Hisaab maang rahe hain?)," Shah said, without naming any particular political party.

He further said the Skill India programme will become a solution to the country's unemployment problem in the coming days.

Shah also took on the opposition parties for questioning the central government on the economic slowdown, which he said was mainly on account of global factors.

The minister also exuded confidence that India will become a USD 5 trillion economy by 2024, terming it an achievable target.

The government has chosen Kanpur, Mumbai and Gandhinagar to set up IISes.

The proposed institutes are to be modelled on Singapore's ITES.