In a blog post, Arun Jaitley said that the Prime Ministerial contest in the ongoing elections has become a "one-horse race" and expressed confidence that the momentum is with the BJP and Prime Minister Narendra Modi 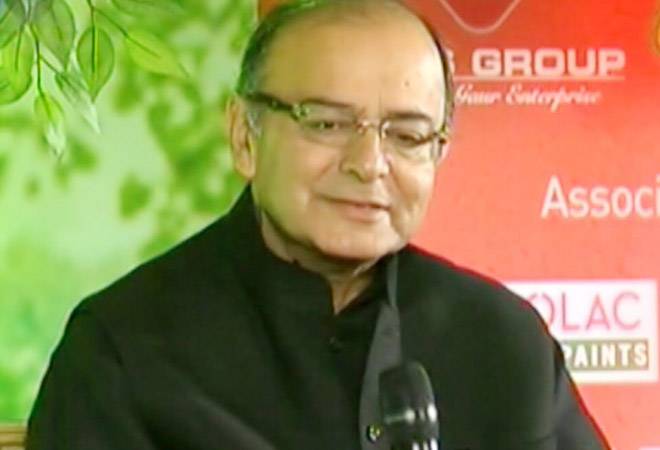 In his blogpost titled 'The Hope of the Losers', Jaitley said that the 'Modi mandate' could be larger than 2014

Ahead of the sixth phase of Lok Sabha elections, Finance Minister Arun Jaitley on Friday claimed that the Opposition parties have been unable to figure out strong pro-Modi trend visible amongst the voters.

In a blog post titled 'The Hope of the Losers', Arun Jaitley attacked the opposition leaders and wrote, "Are the Opposition parties unable to figure out the 'Modi Modi' shouts confronting them when their leaders pass through crowded areas? Except for those who prefer to deceive themselves, media persons travelling across the country have a uniform report that there is an extremely strong pro-Modi trend visible amongst the voters."

He further said that the Prime Ministerial contest in the ongoing elections has become a "one-horse race" and expressed confidence that the momentum is with the BJP and Prime Minister Narendra Modi.

"The 'Modi mandate' could be larger than 2014," Jaitley wrote in the blog.

Jaitley said that with counting of votes for Lok Sabha elections only 13 days away, traditional political rivals have started "open or secret parleys" on hopes that the Indian voter is not wise and would give an indecisive verdict. This presumption will be strongly belied on the counting day, he said.

Taking a jibe at the Congress President, the FM said that Rahul Gandhi has reduced the Congress to a double digit party. "Congressmen are hoping against hope if they can break the double digit barrier. Their level of ambition is hopelessly inadequate."

Attacking the parties across the political spectrum for dynastic politics, he argued that "dynasties are more ridiculed than cherished". The 'New India' judges the performance of its leaders very harshly.

In his blog post, Jaitley claimed that the Congress manifesto has no resonance among voters as the new generation of the Gandhis believes that national security is a non-issue. "Quite to the contrary, when national security issues are raised in large public meetings, the applause for the leader is the maximum," he said.

"Mayawati is fully determined to throw her hat in the ring. Mamata Banerjee and Chandrababu Naidu believe that they are the 'Sutradhars' of the Opposition. KCR dreams of a non-BJP, non-Congress coalition of parties," Jaitley wrote.

He said that none of these regional leaders have been able to understand the real trend on the ground. Once the result would be declared, TMC chief Mamata Didi and Chandrababu Naidu-led TDP would realise that they have lost a large ground in their own States, he added.

"Voters want responsible governance, not political acrobatics by the leaders they trust. Election is a time when the voters respond. The others to be shaken will be the Congress which would have failed to add any significant numbers to its 2014 tally. The anarchic Aam Aadmi Party could be reduced to virtually next to nothing in the election," Jaitley said.

FinMin says GDP overestimation due to MCA data a 'misconception'