Apart from the Indian box office, the film will also monetise through theatrical release in international markets. 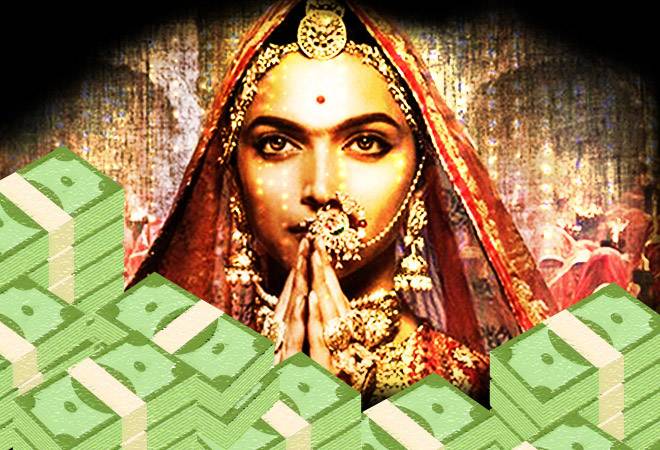 Sanjay Leela Bhansali's upcoming magnum opus, Padmavati, is shrouded with controversy. While one wonders why there is so much noise about the film when the film has not even been released, Padmavati, could well be Bhansali's highest grosser when it hits the screens.

Controversy and curiosity has always pulled in audiences and Padmavati will be no exception. Even the Amitabh Bachchan starrer, Shahenshah, way back in 1988, had pulled in audiences more than the film actually deserved just because Bachchan at that point of time was said to be involved in the Bofors arms case. Or, for that matter, Baahubali 2 made a whopping Rs 1,600 crore in worldwide revenues compared to Baahubali 1 which made around Rs 550 crore. It wasn't that Baahubali 2 was a more gripping story, but the suspense of knowing why Katappa killed Baahubali, ensured that theatres across the world were packed.

"Controversies and curiosity play a huge role in a film's success," agrees film industry expert, Ashish Kaul, who expects Padmavati to garner revenue in the region of Rs 350 crore in India itself.

Bhansali and Viacom 18 are known to have invested around Rs 160 crore on Padmavati and the film would need 100% collection in the first week itself in order to be profitable. "The controversy has incited curiosity in every nook and corner of the country. Even those who are not interested in historical films, also want to see it. Padmavati in all likelihood will manage 100% box office collection in the first week and if this happens it will be the first Indian film with a female lead to have such a huge success at the box office," points out Kaul.

The makers of Padmavati would have also inked satellite deals and digital deals with broadcasters and OTT platforms, which will also get them a sizeable revenue.

So, will Bhansali and Viacom 18 go laughing all the way to the bank when the film finally releases? Quite likely.

IKEA gears up for first Indian store: Pick up an Indian tawa while sipping on lingonberry juice