The number of Indians in the middle class, or those earning between $10 and $20 a day, shrunk by about 32 million, compared with the number that could have been reached in the absence of a pandemic, the U.S.-based Pew Research Centre said 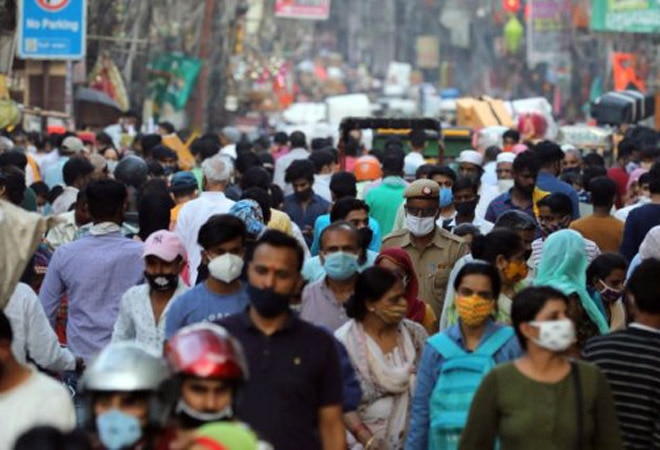 Financial woes brought by last year's coronavirus pandemic have pushed about 32 million Indians out of the middle class, undoing years of economic gains, a report showed on Thursday, while job losses pushed millions into poverty.

The number of Indians in the middle class, or those earning between $10 and $20 a day, shrunk by about 32 million, compared with the number that could have been reached in the absence of a pandemic, the U.S.-based Pew Research Centre said.

A year into the pandemic, the numbers of those in the middle class has shrunk to 66 million, down a third from a pre-pandemic estimate of 99 million, it added.

"India is estimated to have seen a greater decrease in the middle class and a much sharper rise in poverty than China in the COVID-19 downturn," the Pew Research Centre said, citing the World Bank's forecasts of economic growth.

Nearly 57 million people had joined the middle income group between 2011 and 2019, it added.

In January last year, the World Bank forecast almost the same level of economic growth for India and China, at 5.8% and 5.9% respectively, in 2020.

But nearly a year into the pandemic, the World Bank revised its forecast this January, to a contraction of 9.6% for India and growth of 2% for China.

India faces a second wave of infections in some industrial states, after a decline in cases until early this year, and its tally of 11.47 million is the highest after the United States and Brazil.

Prime Minister Narendra Modi's government has taken steps to support the economy, while projecting a contraction of 8% in the current financial year, which ends this month, before economic growth picks up to about 10% in the next financial year.

The Pew Centre estimated the number of poor people, with incomes of $2 or less each day, has gone up by 75 million as the recession brought by the virus has clawed back years of progress.

A rise of nearly 10% in domestic fuel prices this year, job losses and salary cuts have further hurt millions of households, forcing many people to seek jobs overseas.

In China, however, the fall in living standards was modest as numbers in the middle-income category probably decreased by 10 million, while poverty levels remained unchanged, the report added.

Entire Delhi population can be vaccinated in 3 months if eligibility criteria relaxed: Kejriwal

NREGA wage revision paltry; no increase in Kerala, Re 1 in Rajasthan