In the current Session, 25 bills - out of total 60 bills pending in the Parliament - are listed for consideration and passage, and three for withdrawal during the session. 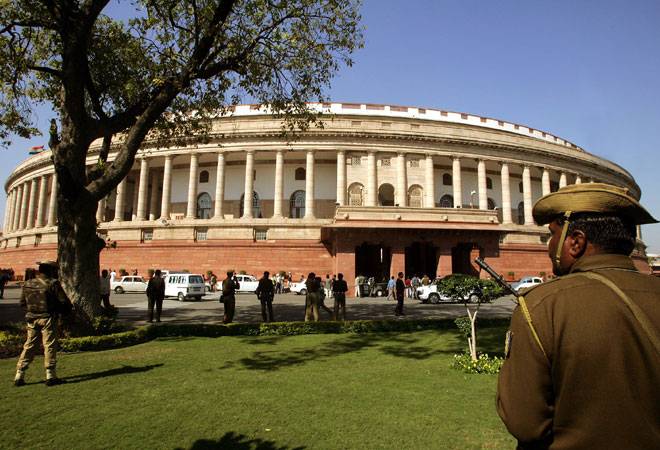 The Monsoon Session of Parliament has begun. The Session which will end on August 10 will have a total of 1 8 sittings. In the current Session, 25 bills - out of total 60 bills pending in the Parliament - are listed for consideration and passage, and three for withdrawal during the session. Apart from this, 18 new bills are listed for introduction, consideration, and passage.

On the first day of the session, Minister of State for Finance Shiv Pratap Shukla will introduce a bill - Banning of Unregulated Deposit Schemes Bill, 201 8.- to provide for a comprehensive mechanism to ban the unregulated deposit schemes and to protect the interest of depositors.

Commerce Minister Suresh Prabhu will introduce Airports Economic Regulatory Authority of India (Amendment) Bill, 2018. The bill enhances the criteria for classifying major airports and lays down the process based on which the authority will adopt tariff in respect of an airport.

Finance Minister Piyush Goyal will put the Fugitive Economic Offenders Bill, 2018 for consideration and passing. The bill was brought in to help the government in confiscating properties of economic offenders who have absconded the country to avoid prosecution. Offences involving amounts of Rs 100 crore or more will fall under the purview of this bill.

Finance-related bills that will come up later in the session

The Insolvency and Bankruptcy Code (Amendment) Ordinance, 2018: The bill is expected to recognise homebuyers as financial creditors. This would enable homebuyers (either as an individual or group) to initiate insolvency proceedings against errant builders. Homebuyers shall have the right to be represented in the committee of creditors which takes the key decision regarding revival of the company or its liquidation.

Negotiable Instruments (Amendment) Bill, 2017: The bill seeks to provide relief to payees of dishonoured cheques and also discourage frivolous and unnecessary litigation so as to save time and money.

Code of Wages Bill, 2017: The Bill aims to combine over 44 labour laws into four broad codes in wages, industrial relations, social security, and occupational safety, health and working conditions. The codification of labour laws aims to ease compliance without compromising on wage security and social security to workers. The Bill will ensure minimum wages to all and timely payment to employees irrespective of the sector without any wage ceiling.

Factories (Amendment) Bill, 2016: It was introduced in Lok Sabha on August 10, 2016. The bill amends the Factories Act, 1948 and regulates the safety, health and welfare of factory workers. It also amends provisions related to overtime hours of work.