Championing the cause of fathers in the early days after a child's birth, a private member's bill proposes that all workers, including those in the unorganised and private sector, get paternity leave extendable up to three months. 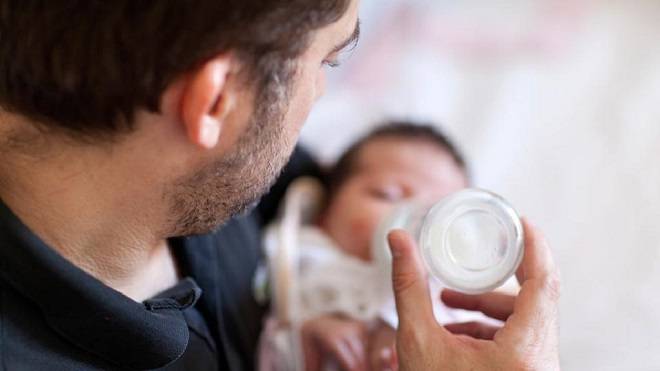 Championing the cause of fathers in the early days after a child's birth, a private member's bill proposes that all workers, including those in the unorganised and private sector, get paternity leave extendable up to three months.

The Paternity Benefit Bill, 2017, which may be considered in the next session of Parliament, pushes for equal 'parental' benefits for both the mother and the father.

"Child care is the joint responsibility of both parents. They must devote time to the newborn to ensure its proper well-being," said Congress MP Rajeev Satav, the backer of the bill.

He said the bill would benefit more than 32 crore men in the private and unorganised sector, especially those doing blue collar jobs.

The bill hopes to not just extend the duration of the paternity leave but also extend it to all workers, across sectors.

"The maximum period for which any man with less than two surviving children shall be entitled to paternity benefit shall be fifteen days of which more than seven days shall precede the date of expected delivery...

"Provided that paternity benefit shall be availed up to three months from the date of delivery of child," it states.

The bill also talks about providing similar benefits to adoptive fathers and those who have had a child through surrogacy.

"The Central Government shall formulate a scheme to be known as the parental benefit scheme for providing paternity benefit to every man," it says.

The government, it adds, should constitute a Parental Benefit Scheme Fund in which all employees, employers and the Central government shall contribute.

Quoting a report of the International Labour Organization (ILO), Satav said fathers who take leave, especially those taking two weeks or more immediately after the birth of a child, are more likely to be involved with their young children.

This can have positive effects for gender equality in the home and at work and may indicate shifts in relationships and perceptions of parenting roles and prevailing stereotypes, he added.

The bill is based on the lines of the Maternity Benefit (Amendment) Bill, 2016. Earlier this year, the Lok Sabha passed an amendment increasing maternity leave for working women from 12 weeks to 26 weeks for their first two children.

During discussions on the Maternity Benefit Bill, MPs from across party lines had said they were lacuna in the bill as there was no provision for paternity leave in the legislation.

Union Women and Child Development Minister Maneka Gandhi had said there could be "more sophisticated" legislation in the future to address the concerns of fathers-to-be.

China's Fosun opts for stake cut to 74 % in Gland Pharma