Only people with solid grounding in macroeconomics can revive economy: Subramanian Swamy

Today, the economy suffers from clueless economic stewardship, cloaked in spin, and media management, while the economy is debilitated by serious multiple structural flaws that make this current slowdown unlike any other we have experienced in India since 1947, says Swamy 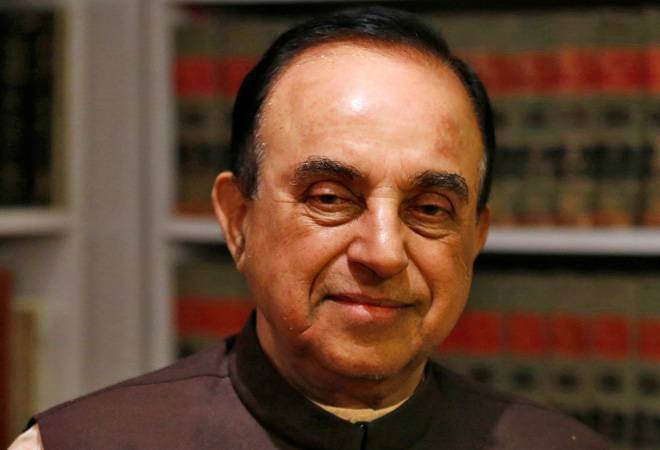 Swamy has come out with a book in which he takes a critical look at various aspects of the Indian economy, both past and present.

BJP MP Subramanian Swamy, who has often criticised the government's economic policies, believes only people with solid grounding in macroeconomics can pull the economy out of its current tailspin. He is of the opinion that the government today needs a crisis management team of experienced politicians and professional but politically-savvy economists who are rooted in Indian ethos and not compliant to institutions like the IMF and the World Bank.

Swamy has come out with a book in which he takes a critical look at various aspects of the Indian economy, both past and present. Today, the economy suffers from clueless economic stewardship, cloaked in spin, and media management, while the economy is debilitated by serious multiple structural flaws that make this current slowdown unlike any other we have experienced in India since 1947, he writes in Reset: Regaining India's Economic Legacy.

He also believes that many members of government subcommittees have no formal training in quantitative economic logic to be applied in a macroeconomic framework like recognising components of the crisis, identifying optimum measures and enthusing stakeholders. Does the Modi government 2.0 have contingency prescriptions ready? Swamy says it does not seem so as of now. The solid grounding in macroeconomics is essential. He is also of the opinion that the slowing of inflation cannot be celebrated as an achievement in the absence of robust demand signals and weak purchasing power among the masses. It is a form of deflation.

However, Swamy is hopeful India will come out successful, as it has in all crises in the past 72 years and suggests that the situation should be dealt with squarely by means of reforms that incentivise the people. In the book, the author uses a period of 150 years from 1870 to 2019 to focus not so much on the historical narrative of India's economic development or the lack of it but on distilling out the consequences of the economic ideology adopted in three main phases - British imperialism (1870-1947), period when the Soviet command economy model took root (1950-1990), and the period 1991-2019.

He blames the government's fascination for foreign investment since 2008 for the economy worsening to a fluctuating but declining trend. He is of critical of the UPA governments (2004-2014) saying it saw some of the most senior ministers committing gigantic corruption. Manmohan Singh, though an accomplished economist, remained a marginal figure of no consequence in his own government, and accidentally a prime minister, he writes in the book, published by Rupa.

Comparing Modi with his predecessor Singh, Swamy says, He is the exact opposite of Singh. He is not the person of letters, and one who has an unstudied familiarity with microeconomics but not macroeconomics and its intricacies of inter-sectoral economic dynamics, he writes. But, Swamy says that Modi has immense appeal with the masses and hard-working middle class, and thus the mandate to carry out major reforms. He rues Modi has to depend on people who never tell him the bitter truth about the economy or explain the macroeconomics or that he needs to figure the way out of a crisis.

Ban on single-use plastic: What products, industries will be hit?