Petrol, diesel price cut by over Rs 2 per litre 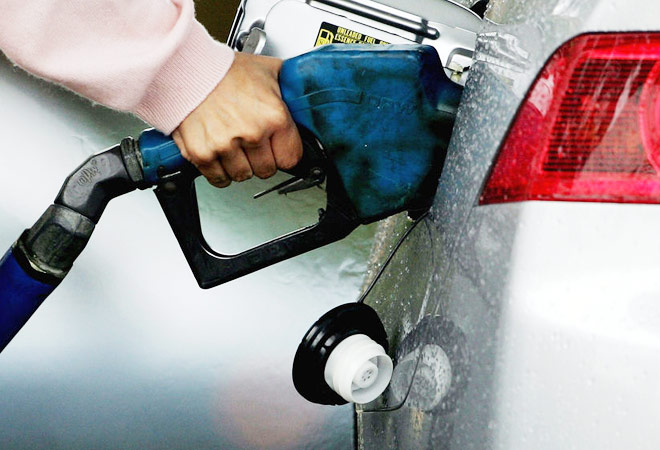 Ahead of Delhi polls this Saturday, petrol price was cut on Tuesday by Rs 2.42 per litre and diesel by Rs 2.25 a litre in step with fall in international oil prices.

Similarly, diesel will cost Rs 46.01 per litre as against Rs 48.26 at present. This is the 10th straight reduction in petrol price since August and sixth in diesel since October.

The latest cut in petrol and diesel prices, which are generally revised on 1st and 15th of the month, comes days ahead of February 7 polling for Delhi Assembly, for which BJP is locked in a fierce battle with AAP while Congress is also in the fray.

Even after the price reduction, state fuel retailers are making a margin of Rs 4 a litre on petrol and about Rs 3.6 per litre on diesel which they want to use for recouping inventory losses.

Oil firms buy crude oil at one price but by the time it is processed and turned into fuel - a process that may take up to six weeks, a fall in international rates results in inventory loss, sources said.

Despite reductions, petrol will cost more than ATF, which is of superior quality and used in aircraft.

After the price cuts, petrol price is the lowest since September 2010 while diesel is cheapest since March 2013. ATF has a higher octane than petrol and diesel is a heavier fraction in the distillation process.

Traditionally, auto fuels being of lesser quality than ATF would cost less. Four consecutive excise duty hikes since November, totalling Rs 7.75 a litre on petrol and Rs 7.50 on diesel, have however, reversed this.

But for these, the cumulative reduction of Rs 17.11 per litre in petrol price in ten cuts since August and Rs 12.96 a litre on diesel since its deregulation in October, would have been higher.