In October 2017, when petrol price had reached Rs 70.88 per litre in Delhi and diesel was priced at Rs 59.14, the government had lowered excise duty by Rs 2 per litre. 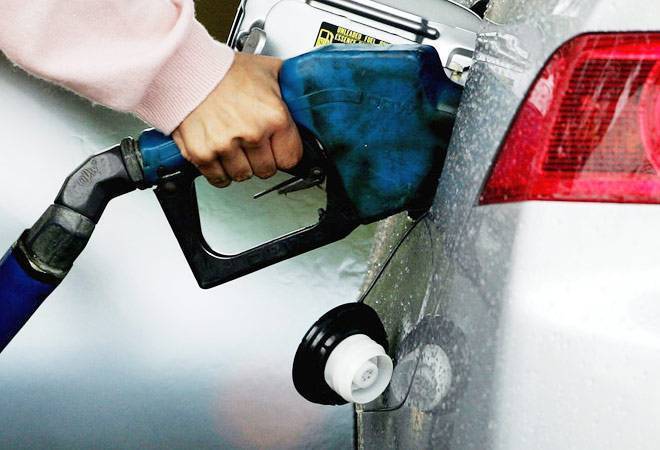 In the past week alone, petrol prices across the country have gone up by 1-2 per cent while diesel prices are up 2 per cent in most major cities. In Mumbai, price of a litre of non-branded petrol today stood at Rs 80.10 per litre while diesel cost Rs 67.10, the highest since August 2014. Similarly, petrol prices in Kolkata and Chennai have gone up and are within kissing distance of Rs 75 - diesel prices are around Rs 66. Petrol price in Delhi is Rs 72.23 per litre and diesel Rs 63.

You can blame the price of Brent crude, which serves as the Asian benchmark, for this state of affairs. Prices today stood at USD 68.89 a barrel, up 0.4 per cent from their last close, albeit much lower than the January 15 peak of USD 70.37. The latest uptick follows comments from Saudi Arabia that major oil producers were in agreement that they should continue cooperating on production after their deal on supply cuts expires at the end of 2018. To remind you, a group of oil producers including OPEC and Russia, the world's biggest crude producer, started to withhold production in January last year to prop up prices. Declining drilling activity for new oil production in the United States has further supported crude prices.

So any immediate relief for motorists will have to come from the government. Union Minister for Petroleum and Natural Gas Dharmendra Pradhan yesterday said that the government is "trying that petrol, diesel and kerosene should also come under the ambit of GST". He added that he is hopeful that the "GST Council will agree to it shortly". Last Thursday, the GST Council meeting deferred the agenda on fuel prices to its next meeting.

Once brought under GST, prices of petrol and diesel are likely to stabilise and may remain within the Rs 50-mark since it will do away with the excise duty imposed by the Centre and the Value Added Tax (VAT) levied by the states. Under the new tax regime, the maximum tax imposed on petrol and diesel will be capped at 28 per cent. The government, however, may choose to levy an additional cess on diesel and petrol.

Finance Minister Arun Jaitley recently said that the Central government favours bringing petrol products under the GST umbrella, but is looking for consensus with state governments to do the same. Incidentally, the BJP-led government has cut excise duty only once during its tenure but raised it nine times between November 2014 and January 2016.

In October 2017, when petrol price had reached Rs 70.88 per litre in Delhi and diesel was priced at Rs 59.14, the government had lowered excise duty by Rs 2 per litre. Prices now are much higher, making intervention all the more urgent. In a series of tweets yesterday, former finance minister P. Chidambaram accused the government of squandering the windfall gains, reaped through "massive taxation" on petrol and diesel, in "wasteful expenditure".