Former RBI Governor Raghuram Rajan on Friday said if a central bank head is "pliant and subservient", he risks losing the respect of his team members. He, however, added that RBI governors, once in office, "develop backbone very quickly". 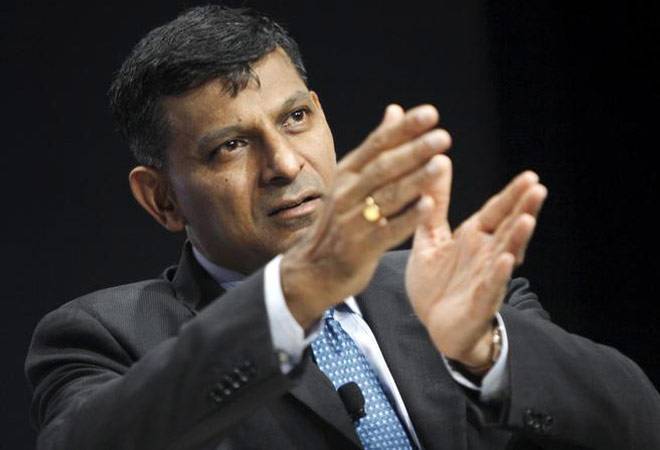 Former RBI Governor Raghuram Rajan on Friday said if a central bank head is "pliant and subservient", he risks losing the respect of his team members. He, however, added that RBI governors, once in office, "develop backbone very quickly". He also advocated protecting the governors' term on the lines of the judiciary.

Rajan, the first RBI governor not to get a second term in two decades, said certainty of tenure is essential for a central bank chief to perform better.

"If you are pliant and subservient, you dont get respect from your staff members. How long are you going to be in an institution where people talk behind your back that you are so subservient? So, people (in the office) develop backbone very quickly," Rajan said here late this evening while launching his book I Do What I Do.

He was answering a question about a scenario where the government may want to place a pliant person as the governor because it feels RBI is impeding its policies. "Institutions give a certain amount of backbone to the leaders. Often, people who are really pounding on the table for finance ministrys rights, when they move over to the governorship, pound on the table for RBIs rights.

"There are clear examples in our history about people who have switched 180 degrees," said Rajan, who demitted office on September 4 last year after a three-year stint.

Rajan, who returned to University of Chicago as a professor of finance, also dismissed notions that the six- member monetary policy committee (MPC), with half of its members appointed by the government, is an attempt to exert its control. At the same time, he made a strong pitch for the need to have an independent central bank.

"What is the purpose of having an independent central bank? Why not do it inside the finance ministry? It is because these guys give you credibility in the market to keep interest rates low. They give you the ability to essentially run a stable economy. You (government) will lose all that (if it manages the central bank).

"Why then go through the farce of having an independent central bank? Bring it all in (under the finance ministry)! But if you do that, you will become a Zimbabwe," he warned. If an MPC member secretly works as a "stooge" for government, he or she risks "losing reputation", Rajan said.

Three RBI members in the panel can ensure that its calls get adopted into the final decision as the governor has the casting vote, he said.

Welcoming appointment of academics to the MPC, Rajan said in future, the government should ensure zero conflict of interest in such appointments and should not appoint traders or heavily indebted industrialists.

Rajan, who has been vocal about his reservations about demonetisation, said the impact of note ban is a "blip" in economic growth, and hoped that there will not be such surprises in future. Saying that tension has always existed between the RBI and the government, he called for protection of both "term (of governor) and turf (of RBI)" to ensure independence.

"What is important is to give the governor a term. And always respect that the governor is there for that term. Protect that. In fact, if we strengthen that by making the way we protect our judges, that might be good," he said.

As RBI governor, he did not go around with a resignation letter in his pocket, he said, while also stating that having "financial security" like the one he enjoys is very important. When asked if he will come out with a tell-all book on his years in the RBI, he said it would be "long way away", and then added with a chuckle "not till the protagonists" are in a different world.

We can lecture on cultural and historical achievements, but not on growth: Raghuram Rajan