PM Modi hits out at opposition, says campaign of lack of jobs needs to stop now

PM Modi argued that when investment in infrastructure projects like, making roads, laying down rail lines, setting up power generation is at all-time high, how come the jobs will not be created. 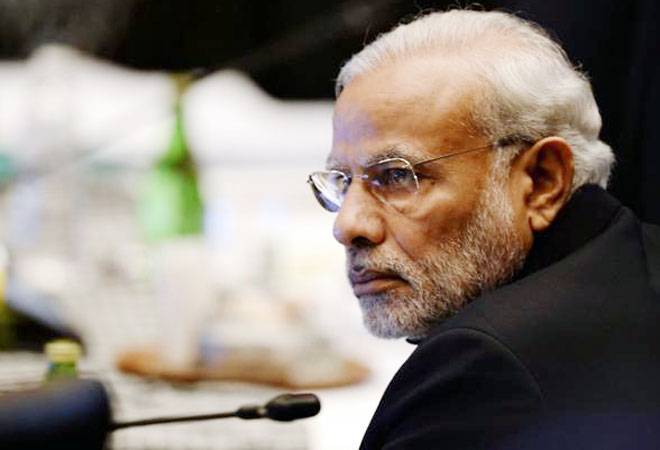 Prime Minister Narendra Modi on Saturday said that more than one crore jobs have been created in the last one year. In an interview to ANI, he argued that when economy is growing at a faster pace, in fact fastest among the major economies, how will the jobs market not expand? Hence, the campaign of lack of jobs needs to stop now, he said while referring to opposition's constant attack.

PM Modi argued that when investment in infrastructure projects like, making roads, laying down rail lines, setting up power generation is at all-time high, how come the jobs will not be created. "Similarly, if there is significant growth in sales of commercial vehicles and passenger vehicles, does it not mean that jobs are being created? When FDI inflows are at an all-time high, will it not translate into manufacturing and job creation?" the Prime Minister said.

He also said that in last four years, mobile manufacturing units have grown from just 2 to 120. "When such development in electronic manufacturing is taking place, will it not create jobs? Today, India has emerged as one of the top hubs for start-ups. Are they not creating jobs? App-based aggregators are flourishing in India across food, logistics, e-commerce, mobility solutions and many more such sectors. Are they not creating jobs? We all know the potential tourism has in creating jobs. Foreign tourist arrivals in India grew by 14% last year. Will this not result in job creation? Modi asked.

The Prime Minister further stated that India is seeing a historic boom in the aviation sector. "Last year, over 10 crore people took a flight. Through UDAN scheme, we have put many places, particularly Tier-II and III cities on the aviation map. Will this not create jobs and opportunities across the board?'' he said.

PM Modi also said that more than 13 crore MUDRA loans have been given to the hardworking entrepreneurs. "I have been told that over 3.5 crore of these loans have been given to first time entrepreneurs. Does every loan not create additional employment opportunities?,'' he asked. "These are only a few examples. Employment generation is also evident from 45 lakh new Subscribers in the Employee Provident Fund and 5.68 lakh people joining the New Pension Scheme in the last nine months. All this has led to creation of more than one crore jobs only in the last year. Thus, the campaign that jobs have not been created must come to a halt now. People are not going to buy it anymore," he further said.

The Prime Minister refuted the charge that the GST has not been accepted by the business community. Defending the GST, he said: "The number of enterprises registered from Independence until now was 66 lakh. In just one year after the introduction of GST, the number of new enterprises registered is 48 lakh. Around 350 crore invoices were processed and 11 crore returns were filed in 1 year. Doesn't this show wide-spread public acceptance?''

In an another interview with The Times of India, the Prime Minister said that the government was fully committed to promoting ease of doing business while bringing to book unscrupulous elements. He also said that the emphasis was on simplifying processes, be it incorporation of a company, induction of a director, or payment of income tax or GST. He said this in a response to a question about the heightened pressure on corporate sector by way of scrutiny and compliance under various laws - from bankruptcy and income tax to the Companies Act and GST.

On black money and corruption, PM Modi said that the government "has struck off the names of around 2.6 lakh shell companies and 3.09 lakh directors. Names of 55,000 companies more will be struck off this month".  The Prime Minister also said that the income tax return forms have been rationalised to make them taxpayer-friendly and I-T department has eased norms for scrutiny assessments. "Earlier, 1 per cent of income tax returns were picked for scrutiny, which has been brought down to 0.35 per cent. Of the cases, only about 0.2 per cent are taken up for full scrutiny. This reaffirms our faith in the taxpayers and the taxation system," he added.

The Prime Minister refuted the charge of delay in recognising the bad loans problem and said that the previous dispensation understated the whole NPAs issue. "I had the option of bringing out a white paper as soon as our government was in place. I did not do so as it would have caused an alarm in the economy. Instead, we quietly worked on bringing the banking system back to health while ensuring banks comply with regulations," the Prime Minister said.

He said that the government has taken many steps to fight NPAs menace. The PM said that the government enacted the Insolvency and Bankruptcy Code (IBC).  "The government also amended the Banking Regulation Act, 1949, to authorise RBI to direct banks to take recourse to IBC route. Cases of 39 large defaulters, with NPAs amounting to about Rs. 2.69 lakh crore exposure, have been filed before the NCLT. As another stringent action against defaulters, we have brought in the Fugitive Economic Offenders Law," he stated in the interview.