PM Narendra Modi goes to Washington as US partner, but not yet full ally

Although the trip won't feature a lavish state dinner, the Prime Minister Narendra Modi will address both houses of Congress, considered a rare honour. 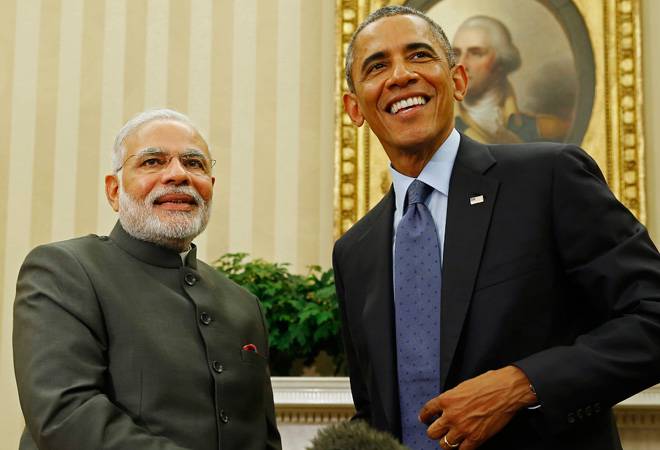 Two years ago there were questions over whether Indian Prime Minister Narendra Modi could get a visa to enter the United States. Next week he visits Washington as one of President Barack Obama's closest international partners.

Obama invited Modi for one of the last big visits by a world leader before his term ends in January. Although the trip won't feature a lavish state dinner, the Indian leader will address both houses of Congress, considered a rare honour.

This will be their seventh meeting since Modi became prime minister in May 2014, an impressive tally for a US president and a leader who is not a formal ally, said Ashley Tellis at the Carnegie Endowment for International Peace in Washington.

"The personal relationship between the president and the prime minister ... is really one of the unanticipated surprises of the past two years," said Tellis, an expert on India.

The developing relationship is seen as an Obama foreign policy success. Washington views India as an important part of its rebalance to Asia and as a counterweight to China.

The two countries are finalising agreements that would make it possible for their militaries to cooperate more closely, and for US defence manufacturers to both sell and make high-tech weaponry in India.

A deal on logistics would govern issues such as how the two countries account for costs of military exercises. Another involves encrypted communications and geospatial data transfer.

A history of colonial rule followed by decades of non-alignment has, however, made New Delhi wary of an embrace by the more powerful United States, which has overtaken Russia as India's top arms supplier.

There are frustrations, too, on the US side.

The two countries reached a civil nuclear agreement in 2005, but it has yet to yield any contracts for US-based companies. Only now is Westinghouse, a unit of Japan's Toshiba (6502.T), approaching the finish line on a deal to build six reactors in India.

GETTING TO KNOW YOU

The visit gives Modi a chance to network with US lawmakers who may feature in a Donald Trump or Hillary Clinton administration but, as it coincides with the California primary, he is not expected to meet either.

Modi is generally popular with US lawmakers, who extended his invitation to address Congress. But they criticise what they see as lingering unfriendliness to US firms and a stifling bureaucracy, and question New Delhi's record on human rights.

"The economic engagement between our two countries should increase and it should be more accessible for US companies," Senator Bob Corker, the Republican chairman of the Senate Foreign Relations Committee, said in a telephone interview.

Obama and Modi are expected to discuss India's desire to join the Nuclear Suppliers Group (NSG), a 48-member club of nuclear trading nations.

India was shut out for decades because of its weapons programme, and the civil nuclear agreement with the United States gave it access to foreign suppliers without giving up its arms.

Obama administration officials have said they backed India's desire to join the group, but the idea faces resistance among some on Capitol Hill, as well as from China, an ally of India's arch-rival Pakistan.

"Existing NSG guidelines were established to guard against nuclear proliferation, and we should not create exceptions for particular countries," Corker said.

There is lingering concern in Washington over Modi's handling of communal riots in 2002 that killed at least 1,000 people, mostly Muslims, in Gujarat.

Modi was chief minister of the state at the time and, though a court-ordered inquiry found insufficient evidence to prosecute him, the issue prevented him from getting a US visa for years.

Ben Cardin, the ranking Democrat on the Senate Foreign Relations Committee, raised human rights on a visit to New Delhi this week, saying the two largest democracies had "special obligations" to set the highest standards.

Congress' Tom Lantos Human Rights Commission has scheduled a hearing on India for June 7, the day Modi arrives in Washington and the day before his address to the combined House of Representatives and Senate. He leaves the United States on June 8.

Corker promised to asked Modi about India's record on human trafficking, which he brought up recently in an emotional Senate hearing with Obama administration officials.

"The country we believe has 12-14 million slaves, which is close to half the number we believe exists worldwide," Corker said. "It's obviously a very significant issue and when he's here, it's one I certainly plan to raise."

Crossing 8% growth barrier should not be difficult: Prabhu