Prime Minister Narendra Modi plans to provide millions of farmers with income insurance linked to crop prices, officials say, but it may not do much to ease rural distress, with small farmers standing to benefit little. 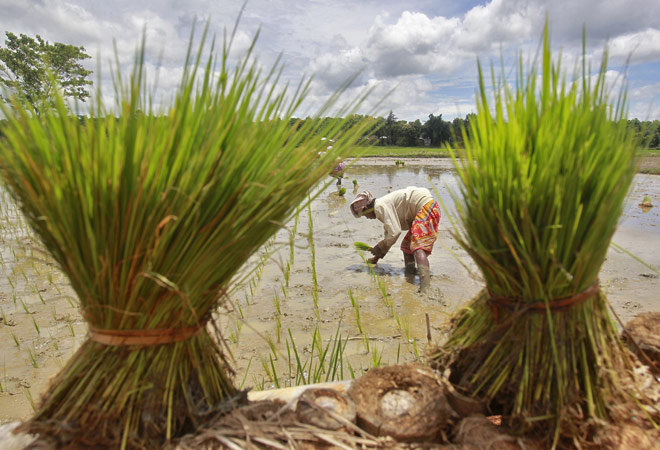 Prime Minister Narendra Modi plans to provide millions of farmers with income insurance linked to crop prices, officials say, but it may not do much to ease rural distress, with small farmers standing to benefit little and likely to be put off by bureaucracy.

Modi's Bharatiya Janata Party, which swept to office a year ago, hopes to consolidate its power in local elections in large rural states over the next two years, but anger is growing after rain and hailstorms ravaged farms in the north, contributing to the suicide of hundreds of ruined farmers.

Modi has already tried an income-based farm insurance scheme in his home state of Gujarat, with limited success - less than 10 per cent of farmers opted into the scheme from 2013 as the method for calculating payouts was skewed against smaller farms.

Details of the new insurance plan are still being worked out but federal farm ministry officials say the aim would be to ensure a guaranteed income for farmers by covering not just losses due to weather but also from any slump in produce prices.

However, the absence of modern methods for assessing damage to crops or falls in yields will continue to favour big farmers over the 260 million smallholders in India who till plots smaller than 2 hectares (5 acres).

Under the new plan - which a farm ministry official said was a priority for Modi - farmers would be paid if their income fell below a guaranteed minimum. That minimum would be set by multiplying the average yield in recent years in a cluster of villages by government-set crop prices.

However, shortfalls would be based not on individual farmers' yields but on those across a wider area, influenced by the higher yields of rich farmers able to afford better fertiliser and pesticide. So a farmer with a poor crop will only get the same compensation per hectare as others who may have had far higher yields.

In the United States, satellites or drones are used to assess crops for income-based insurance policies but India still depends on more primitive methods, with personnel from land record offices travelling around villages to inspect damage.

One factor: payouts are made into bank accounts and more than 70 per cent of farmers don't have one. Modi is trying to get more people to join the banking system and could allow mobile phone vendors, fuel stations and corner stores to offer services such as remittances and deposits.

With current farm insurance, state and federal governments pay 40-75 per cent of premiums depending on the crop, with the rest paid by farmers. A similar split will apply to the new scheme, according to the farm ministry official, who is directly involved in framing the plan.

Governments spend about Rs 2500 crore ($392 million) per year on premiums. Total payouts vary but the average has been less than $700 million in recent years.

It will continue to be mandatory for a farmer seeking a crop loan to take out insurance, although once again payouts are not determined by the fate of individual farms.

Government officials say assessing each farm is next to impossible in a country where holdings are so small, but farmers say the outcome is unfair.

"Isn't it bizarre that an insurance is thrust on me when I go for an agricultural loan but I don't get payouts after losing my crop?" asked Rakesh Tikait, a farmer from Uttar Pradesh.

"Crop loss has to be evenly distributed in a large number of villages to make me eligible for an indemnity. Why?"

We are not here to kill the economy, says Raghuram Rajan