Puducherry BJP Chief Swaminathan told PTI that after landing at the helipad at 10.30 am, Modi would drive to JIPMER to unveil the centrally sponsored projects 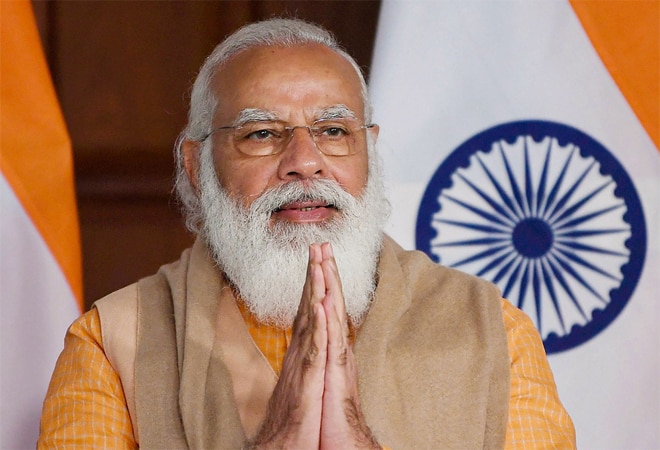 Prime Minister Narendra Modi will address a public meeting organised by the BJP here on Thursday and also inaugurate and lay foundation stone of various development projects for the poll-bound union territory.

Puducherry BJP Chief Swaminathan told PTI that after landing at the helipad at 10.30 am, Modi would drive to JIPMER to unveil the centrally sponsored projects.

He will then proceed to the venue of public meeting.

This will be Modi's second visit to the union territory during last 3 years as he had earlier visited the Auroville International project in neighbouring Villupuram district close to Puducherry in 2018 and had also addressed then a public meeting.

The PM's trip comes amid a totally changed political environment in Puducherry as V Narayanasamy who headed the Congress ministry here since 2016 had resigned along with its entire cabinet on February 22.

His resignation forwarded to the Centre has since been accepted by President Ram Nath Kovind.

With none of the parties in the opposition block comprising AINRC, AIADMK and BJP evincing interest to stake claim to form the ministry, there are indications that Puducherry is headed for President's rule.

The opposition has 14 members (AINRC seven, AIADMK four and three nominated members belonging to the BJP).