These witnesses relate to the Enforcement Directorate (ED) discovery that dummy directors/owners/managers were appointed in a number of overseas companies in Hong Kong and Dubai, though the companies remained under the direct control of Modi 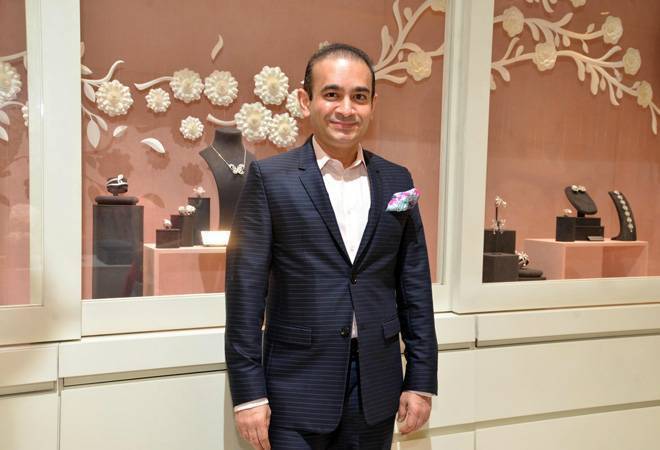 Threats of being implicated for theft and even being killed are among the allegations caught on camera in a video recorded by so-called dummy directors associated with companies linked to Nirav Modi, which was submitted by the CBI to the UK court hearing the extradition case against the diamond merchant charged with fraud and money laundering.

A group of six Indian men can be heard on the video recording played at Westminster Magistrates' Court in London during the trial this week, with each of them making allegations of being forced to leave Dubai and come to Cairo, Egypt, where their passports were confiscated and they were allegedly made to sign dubious documents against their will by Nirav Modi's brother, Nehal Modi.

My name is Ashish Kumar Mohanbhai Lad, I am the namesake owner of Sunshine Gems Limited, Hong Kong, and Unity Trading Fze, Dubai, says one of the men on the recording from June 2018. Nirav Modi phoned me and told me that he would implicate me for theft. He used the worst expletives told me that he would get me killed... he did so much to us, he says, speaking in Hindi.

Speaking in a mix of Hindi and Gujarati, they are heard saying that they are making the recording because they are in fear for their safety and just want to go back home to India but are being held against their will. We have signed the document because they will not give back our passports until we sign, says Jethwa.

These witnesses relate to the Enforcement Directorate (ED) discovery that dummy directors/owners/managers were appointed in a number of overseas companies in Hong Kong and Dubai, though the companies remained under the direct control of Modi. The charges against the 49-year-old diamond merchant centre around his firms Diamonds R Us, Solar Exports and Stellar Diamonds making fraudulent use of a credit facility offered by the Punjab National Bank (PNB), known as letters of undertaking (LoUs).

According to the government of India's case, a number of PNB staff conspired with Modi to ensure LoUs were issued to these companies without ensuring they were subject to the required credit check, without recording the issuance of the LoUs and without charging the required commission upon the transactions. This resulted in a fraud amounting to nearly USD 2 billion.

Modi claims to have come to the UK ahead of a planned initial public offering (IPO) but an Interpol Red Notice was issued against him before he was traced to a plush rented apartment at Centre Point in central London early last year. An extradition request from the Indian government was certified by the UK Home Office in February last year before his arrest by Scotland Yard on March 19, 2019. The jeweller remains behind bars at Wandsworth Prison in south-west London since then, failing to get bail despite repeated attempts.

A second extradition request, relating to "causing the disappearance of evidence" and intimidating witnesses or criminal intimidation to cause death , was also certified earlier this year. While the hearing to establish a prima facie case against Modi is ongoing in London this week, the extradition trial will conclude only in September once the second part of the case and the defence arguments against prison conditions at Arthur Road Jail in Mumbai are heard.

The UK's Crown Prosecution Service (CPS), presenting the arguments in court on behalf of the Indian authorities, has sought to establish a pattern of dishonest behaviour on the part of Modi when he acquired the LoUs and also in their dispersal across a complex worldwide empire. Modi's defence team have claimed a paucity of evidence to prove dishonesty and also questioned the admissibility of some of the evidence. A ruling in the extradition hearing to establish whether Modi has a case to answer in the Indian courts and that there are no human rights barriers to him being extradited to India is expected only after the second hearing in the case in September.