On September 28, 2016, Pakistan defence minister Khawaja Muhammad Asif threatened India with nuclear strikes in wake of any retaliatory action after four fidayeen militants stormed an Army camp in Uri near the Line of Control and killed 19 Indian soldiers on September 18.  All terrorists were killed later. 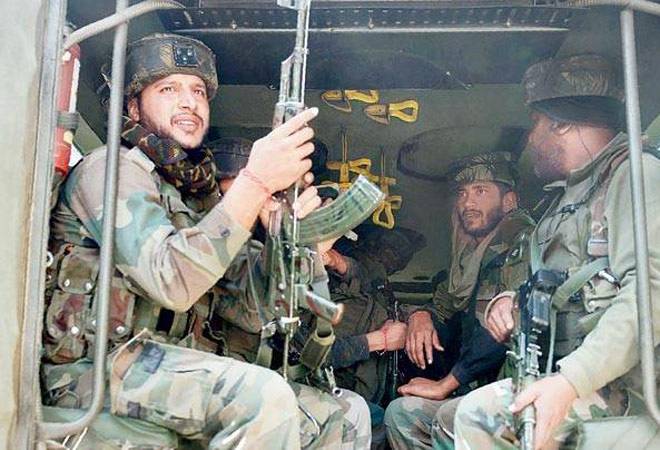 It's a mix of diplomacy and bravery which has forced Pakistan to considerably change its stance on the recent friction in relations with India post the Uri terrorist attack.

On September 28, 2016, Pakistan defence minister Khawaja Muhammad Asif threatened India with nuclear strikes in wake of any retaliatory action after four fidayeen militants stormed an Army camp in Uri near the Line of Control and killed 19 Indian soldiers on September 18.  All terrorists were killed later.

A day after Indian Army conducted surgical strike across the LoC in Pakistan Occupied Kashmir (PoK) and killed about 50 militants, Pakistan PM Nawaj Sharif said today Pakistan does not want war with India.

Pakistan, rattled by the unexpected strike, has surprisingly changed its stand, thanks to the Modi government's tactical moves.

It was a well crafted plan by the Modi government to bring to justice the militants planning to infiltrate from across the LoC and corner the Pakistani government with its diplomatic efforts on the global stage.

Post the Uri attack, the Modi government was under pressure to take stringent retaliatory action but, it took 10 days to follow public mood. Why the government took so long to act? What did it achieve with the late timing of the retaliatory strike? The reply might have been late but it was befitting enough to put Pakistan into deep trouble.

We look at how India cornered Pakistan post the terror strike.

The government was engaged in deliberations with Army since the attack took place.

Reports say there was tremendous pressure on the government to act against Pakistan. It chose to corner Pakistan with its diplomatic efforts and then acted against the terrorists.

The government talked about cancelling Indus Water Treaty with Pakistan and media was abuzz with reports of its implications. The Pakistani government even reached out to the World Bank on the issue. Eventually, PM Modi decided to postpone the decision on the water issue after Pakistan became anxious about scrapping the treaty.

The government also pulled out of SAARC Summit to be held in Islamabad on November 9 and 10. Following suit, Bangladesh, Bhutan, Afghanistan and Sri Lanka confirmed they would not participate in the summit, citing tensions prevalent in the region. This was a big diplomatic win for India post the Uri strike.

With the US asking Pakistan to stop breeding terrorism on its land, the country was completely isolated on the global front.

Amid all these developments, the government was engaged with the Army on exercising the surgical strike option.

All posturing on the diplomatic front was to keep Pakistan in the dark about any covert steps being taken by India on the LoC.

And on September 29, after midnight, finally the time came for the Army to act on its words. It acted at a "place and timing of its own" and decimated seven terror launch pads situated across the LoC in Pakistan Occupied Kashmir (PoK).

The sequence of events corroborated the surgical strike claims by India and came as a major source of embarrassment for Pakistan which admitted the extent of official damage on its side soon after the Indian Army's action came to an end on the other side of LoC.

Summit to attract investors for Chabahar likely in India