Nitin Kumar, President Trump's guide during his visit to the Taj Mahal said that Trump got emotional after hearing the story of Shah Jahan and Mumtaz and described the monument as incredible 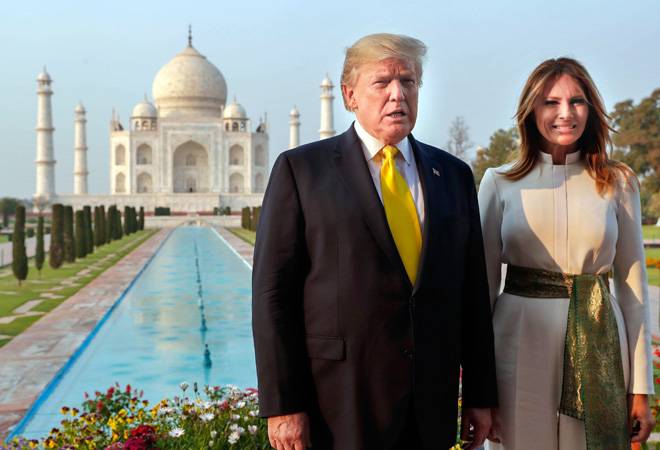 US President Donald Trump and First Lady visited the Taj Mahal in Agra on Feburay 24 during their two-day trip to India. The architectural beauty of the 17th mausoleum and the story behind its construction left the couple "impressed' according to the guide that was with them.

According to news agency PTI, Nitin Kumar of Agra was the guide that was giving the President and his wife a tour of the Taj Mahal. Kumar said that the first word that came out of Trump's mouth after laying his eyes on the Taj Mahal was "incredible".

"I told them the story of the Taj Mahal, the construction, and the story behind it. President Trump got very emotional after knowing the story of Shah Jahan and his wife Mumtaz Mahal. How he was kept under house arrest by his own son Aurangzeb, and buried here at Taj, next to Mumtaz's grave, after his death," Kumar told PTI.

Kumar said that the couple was left speechless by the beauty of the Taj. According to Kumar, the couple showed immense interest in the history and architecture of the dome, its design, and details.

"Melania Trump asked about the mud-pack treatment and was amazed when she got to know the details of the process," Kumar said.

"The Taj Mahal inspires awe, a timeless testament to the rich and diverse beauty of Indian Culture!' Thank You, India," the US President and First Lady jointly wrote in the visitors' book before signing it, according to the report.

Mohammad Zafar, who lives close to the Taj Mahal complex, said that Nitin had been conducting tours of the taj for many years hence he was selected for the VVIP visit.

"Many people were taking selfies with him, after the end of the visit. So, many media persons interacted with him. He has got some instant fame of sorts," Zafar said.

According to the report, authorities at Archaeological Survey of India advanced the dates of the mud pack treatment of the graves of Shah Jahan and Mumtaz Mahal in lieu of the US President's visit.

The monument was built over a period of nearly 20 years by Shah Jahan in memory of his wife Mumtaz Mahal after her death in 1631. Taj Mahal was declared a World Heritage Site in 1983 by UNESCO.

After Dwight Eisenhower in 1959 and Bill Clinton in 2000, Donald Trump became the third US President to visit the Taj Mahal.