PM Modi did not announce the highly anticipated FAME 2 scheme that is expected to lay down fiscal incentives for electric cars, two wheelers and charging stations. 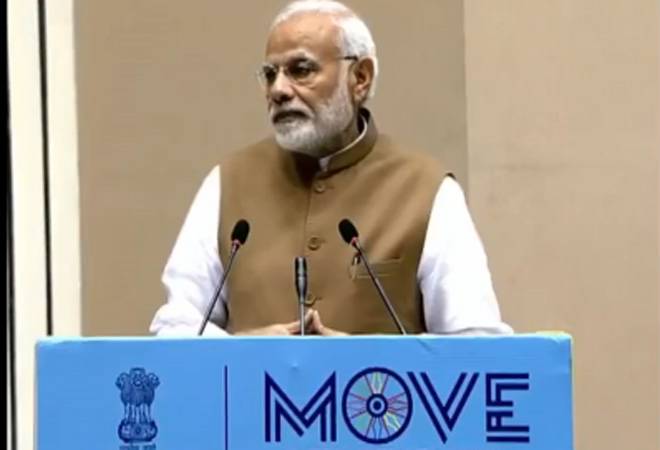 Prime Minister Narendra Modi on Friday said India was best placed globally to be an early mover in connected, clean, congestion free and electric mobility around the world but did not announce the highly anticipated FAME 2 scheme that is expected to lay down fiscal incentives for electric cars, two wheelers and charging stations.

While inaugurating the two day global mobility summit organised in Delhi by Niti Ayog, Modi said India has far fewer number of vehicles per capita than other countries which meant it does not have the baggage of other economies that were built on the back of private car ownership. "Our starting point is fresh. We have little of the legacy of resource-blind mobility," he said. "This gives us the window of opportunity to create an all-new, seamless mobility eco-system.

On the technology front, our strengths lie in information technology, big data, digital payments, and the internet-enabled shared economy. These elements are increasingly becoming the drivers of the global future of mobility." "Charged mobility is the way forward. We want to drive investments across the value chain from batteries to smart charging to Electric Vehicle manufacturing. India's business leaders and manufacturers are now poised to develop and deploy break-through battery technology. We want to build India as a driver in Electric Vehicles."

India lags other countries in the area of electric mobility but in the last 18 months the government has started making noises about a swift transition from internal combustion engines that power the cars today to battery operated vehicles. The government had launched an over-arching FAME (Faster Adoption and Manufacturing of Hybrid & Electric Vehicles) scheme in March 2015 to spur purchase and usage of electric vehicles in the country that expired in March last year but has been extended till the end of this month. Under this scheme the government has given financial support to 186,431 electric or hybrid vehicles worth Rs 256.93 crore. Further, a grant of Rs 280 crore has been sanctioned for nearly 500 electric buses in 9 major cities in the country.

A revised version of the scheme, FAME 2 with a much bigger corpus of Rs 9,300 crore for 5 years has been prepared and Modi was expected to launch it today. Out of this Rs 1000 crore would be for incentivising charging infrastructure in the country, which is cited as a major hindrance in proliferation of electric vehicles in the country. The automobile industry was also waiting to see if the incentives on purchase of electric cars would be extended to private cars as well. Modi however gave an indication that it may not be the case.

"Public Transport must be the cornerstone of our mobility initiatives. Our focus must also go beyond cars, to other vehicles such as scooters and rickshaws. Large segments of the developing world depend on these vehicles for mobility," he said. "We must leverage the full potential for vehicle pooling and other innovative technical solutions to improve private vehicle utilization. People from villages should be able to bring their produce to the cities with ease and efficiency. Convenient mobility means safe, affordable and accessible for all sections of the society. This includes the elderly, the women and the specially-abled. We need to ensure that public transport is preferred to private modes of travel."

"We will soon put in place a stable policy-regime around electric and other alternative fuel vehicles. Policies will be designed as a win-win for all, and enable huge opportunities in the automotive sector." While there are only a handful electric cars like Mahindra e2o and e-Verito, available in the country today, manufacturers have started to prepare a roadmap for launching electric cars. Market leader Maruti Suzuki which has joined hands with Toyota Motor Corp to develop electric cars for India, said it would start testing 50 units of the prototype of an electric version of its hatchback Wagon R in India from next month. The car would eventually be launched in 2020.

"In India there is significant number of people who are eagerly waiting to have their own car. It is said that EV will be approximately 30 percent in 2030," said Osamu Suzuki, chairman, Suzuki Motor Corp. "We have decided to launch EV in India around 2020 in cooperation with Toyota Motor Corporation. We will start road running test using fleet of 50 EV prototype vehicles in India from next month for developing safe and easy to use EV for Indian customers in line with Indian climatic and traffic conditions. We have also decided to commence production of lithium ion battery for automobile at our plant in Gujarat in 2020. Regarding increasing the penetration of EV in India it is obvious that it cannot be done without sufficient charging infrastructure development. In this regard we look forward to proactive leadership from the government of India."