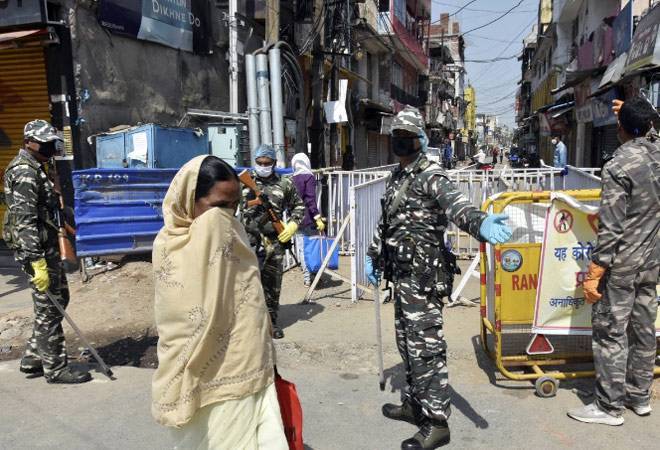 An inquiry launched to probe the "serious" case of 137 COVID-19 infections, and a death, in a single CRPF battalion will be completed soon, officials said on Tuesday, even as the force is undertaking new measures to combat the outbreak. They said the probe is being monitored by CRPF chief A P Maheshwari and it will be taken to its "logical end at the earliest."

"The coronavirus outbreak in the 31st battalion of the force has been viewed seriously. The Director General (DG) has directed to gear up the force to face the challenge of the pandemic during 'hotspot policing' duties and while rendering other security related tasks," a senior officer said.

There are 137 positive cases in this unit till now and six more results are awaited, he said. Overall, the force has 146 confirmed cases, with two recoveries. The officer said all the formation commanders have been asked to ensure that required logistics, anti-COVID-19 procedures and immunity boosting measures are in place in all the units.

The jawans who have contracted the infection and are under quarantine and are being counselled, they said. The official said the force commanders have been asked to be "undettered" on the operational front as well for community service initiatives related to COVID-19 relief work.

All senior officials are working through a secure online system as the headquarters of the force has been sealed following two staffers working there being detected positive, they said. The case in the 31st battalion is linked to "dichotomous orders" issued for quarantine of asymptomatic personnel who join the unit back from leave or have an exposure to an infected person.

While the general order in the force was a mandatory quarantine of 14 days for such personnel, it later came to light that the medical wing of the paramilitary issued a separate order in April, stating that doctors and paramedics can be taken off the quarantine if they do not show any symptom after five days. Officials have indicated that the primary source of the COVID-19 infection in this unit could be a constable (nursing assistant) who joined the battalion after leave period at his home in the NCR.

He is stated to have undergone a quarantine of only five days and he tested positive for coronavirus a few days later. However, the source of infection to this jawan is yet unclear. It is also being probed if any personnel of the 31st battalion, based in Mayur Vihar, Delhi, could have been infected during a law and order duty along with Delhi Police but remained asymptomatic.

CRPF DG Maheshwari has also asked the Additional DG (Medical) of the Home Ministry to take appropriate action on the separate guidelines issued by the medical directorate for five days' quarantine instead of the standard health ministry guidelines for a mandatory 14-day period.

In Central Armed Police Forces, the ADG medical that functions under the MHA (ministry of home affairs) looks after the affairs of such medical wings and they operate as an autonomous setup in the force. Meanwhile, an association of retired paramilitary officials on Monday demanded action into the "lapses" in this case.

"This is totally against the orders of the Ministry of Family and Health Welfare in which 14 days' quarantine period has been made mandatory," the general secretary of the Confederation of Ex-Paramilitary Forces Welfare Association, Ranbir Singh, said.

US treasury to borrow $2.9 trillion -- more than size of Indian economy -- in 1 quarter