According to media reports, the e-commerce majors have grossed up over $3 billion in gross merchandise value during the festive sales 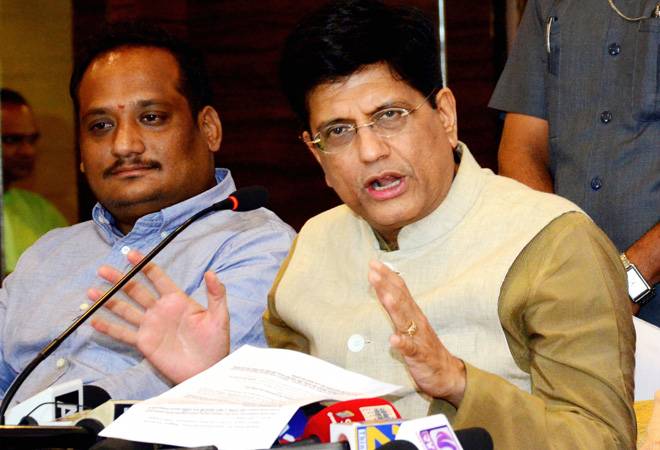 The national traders body CAIT had in a letter on Monday urged Goyal to order an audit into the business model of all e-commerce firms and the foreign-owned Amazon and Flipkart in particular.

The government is probing Walmart-owned Flipkart and Amazon over the alleged predatory pricing, commerce minister Piyush Goyal said on Thursday.

Warning of stringent action as per the law for any violation, he said detailed questionnaires have been sent to these companies and their response is awaited.

According to media reports, the e-commerce majors have grossed up over USD 3 billion in gross merchandise value during the festive sales held over the past fortnight, which typically see over half of their annual sales.

"E-commerce companies have no right to offer discounts or adopt predatory prices. Selling products cheaper and resulting the retail sector to incur losses is not allowed," Goyal told reporters here.

They are also not permitted to own products and sell them, he said and that they are only platforms helping sellers connect with potential buyers.

Without specifying the exact transgressions, Goyal said his ministry has received complaints from the traders body CAIT alleging violations of norms by these players.

"A detailed questionnaire has been sent to them. Today or tomorrow, a supplementary questionnaire will also be sent," he said and reminded that he had earlier also warned these e-commerce players.

"We will take stringent action against them, if there is violation of any law in letter or in spirit. The law is

clear. Action will be taken as per the law," he said.

The national traders body CAIT had in a letter on Monday urged Goyal to order an audit into the business model of all e-commerce firms and the foreign-owned Amazon and Flipkart in particular.

In the letter, CAIT also said since Amazon and Flipkart claim that individual brands are offering discounts,

government should convene a meeting with major brands to ascertain the truth.

"The business model of Amazon and Flipkart should be audited by the government to arrive at the real conclusion," it said in the letter.

Following the complaint from the traders body, senior officials of the department for promotion of industry and internal trade had met with Amazon and Flipkart representatives last week.

Goyal scotched rumours that the Railways might exit its ticketing arm IRCTC which had a stellar stock market debut earlier this week following a hugely successful IPO.

There is no plan to fully sell IRCTC. This is speculation based on wrong information, he said.