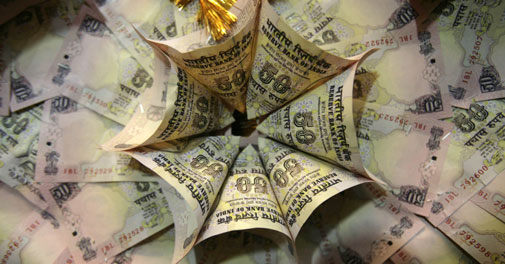 The Punjab government has signed more than two dozen memoranda of understanding (MoUs) with corporate houses entailing investment proposals of around Rs 65,000 crore during the two-day Progressive Punjab summit that concluded on Tuesday.

But critics say Punjab's Deputy Chief Minister Sukhbir Singh Badal is trying to take credit for attracting investments even though many of these projects were announced previously or are already at implementation stage.

Take, for instance, the pipeline project proposed by Gujarat State Petronet Ltd (GSPL). The pipeline was approved by the Petroleum and Natural Gas Regulatory Board in 2011. The project will transport natural gas not just to Punjab but also to Jammu and Kashmir. In November, the J&K government cleared an ordinance supporting the pipeline. Real estate projects are another example. Most developers have already announced the projects that the Punjab government now claims to bring to the state.

Opposition leaders in Punjab say most MoUs are with industrialists from the state and that such a summit was not required for those investment proposals. They also say that the state has failed to rope in big investment in the manufacturing sector.

Nonetheless, the summit had some positives. The state attracted investment proposals in the agro processing sector. Punjab could also soon witness the launch of fourth-generation (4G) telecom services by Reliance Industries and Bharti Airtel, which on Tuesday announced a tie-up to share each other's infrastructure across the country.

Nod to bailout package for sugar mills likely before Christmas